Skip to content
24 Hours And Out For Kimberley Chambers 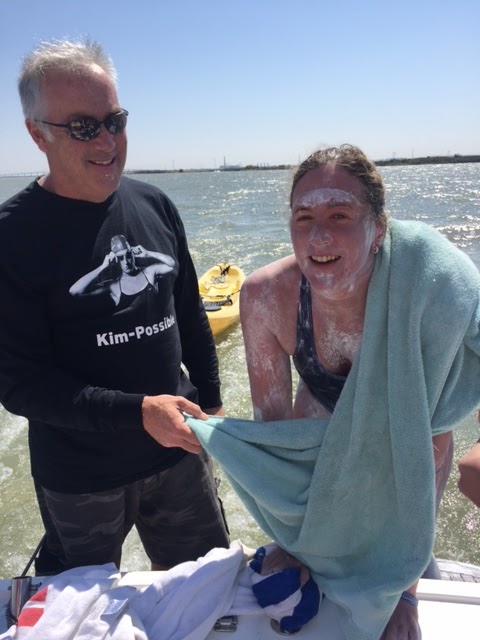 Courtesy of Vito Bialla, Night Train Swimmers along the Sacramento River in California.

Vito Bialla of the Night Train Swimmers made the decision to pull Kimberley Chambers about halfway along her planned 93-mile (149.6 km) solo swim along the Sacramento River today after 24 hours.

“It was the right thing to do,” he said. “She is safe and did a great job.” Better to be safe than sorry, especially in something as unpredictable as the open water.


Chambers had swum through one afternoon, one evening, one night and one morning in one non-stop 24-hour cycle before Bialla decided that the conditions warranted that he was pulling her from the water.

“Kim had the best stroke ever; she was the best prepared and trained ever; she is best at peace with the outcome. She is now on top of her game and the best is yet to come,” reflected Bialla. Chambers trained extensively for the attempt and sleep deprivation was not an issue [see physiological prepration description here], but Mother Nature intervened during the longest swim of her life down the always dynamic river.

“A special thanks goes to Vito, Patrick, Kala, Matthew, Aussie and Holschie for sticking with me through horrendous conditions until it was time to concede,” expressed Chambers after her swim.

The fact that she was able to swim for 24 hours straight is a remarkable transformation by the former ballerina. “As a testament to all of the support [I received] since I first was invited to join Night Train Swimmers in 2011 when my [previously] longest swim would exhaust me – an hour at most back then. [But after this 24-hour effort] I woke up rejuvenated after a good night’s sleep. I’m not in hospital and I can move my arms. Quite honestly I feel great.”

As is typical of the Night Train Swimmers, her efforts were never performed in vain.

She raised money for the charitable initiatives of the Night Train Swimmers and the Warrior Canine Connection as well as she continued to explore how far she can physically push herself in the open water.

“Frankly speaking, almost no one goes from a one-way channel swim – no matter how difficult – to a non-stop swim over 40 hours. In general, is a process of discovery mixed in with some good fortune and great conditions in order to be able to extend yourself in the open water over 30, 40, 50 hours,” explained Steven Munatones. “Kim’s 24-hour effort is undoubtedly another step in her own exploration of how far and how deeply she can push herself physiologically and psychologically. She will be back for sure.”

For more details of her attempt, read Adam Skolnick‘s article about Chambers in the New York Times here. 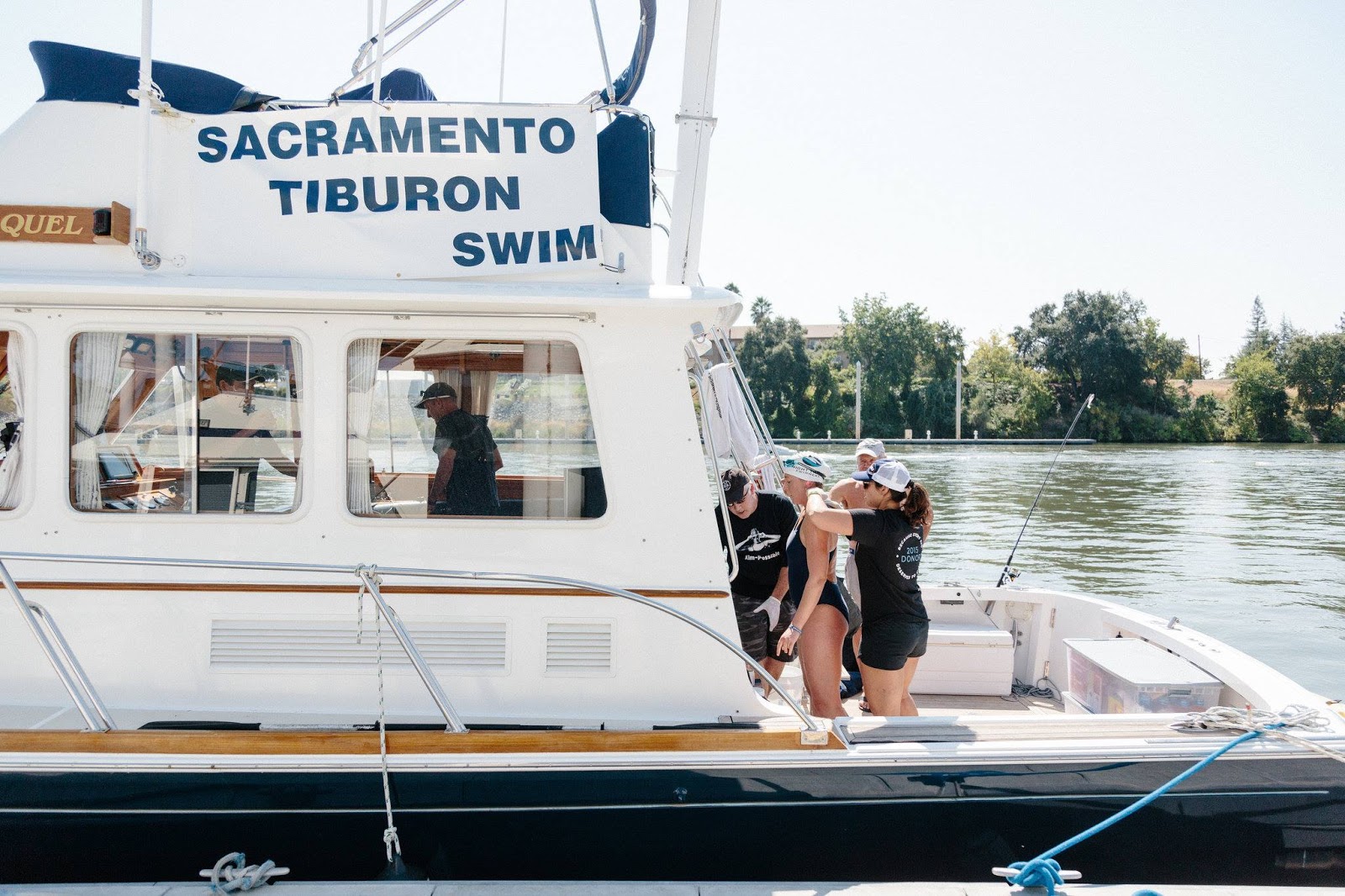 Description of upper photo: Chambers coated herself with white zinc oxide before the swim and it coagulated on her skin over the 24 hours while she was in the water.