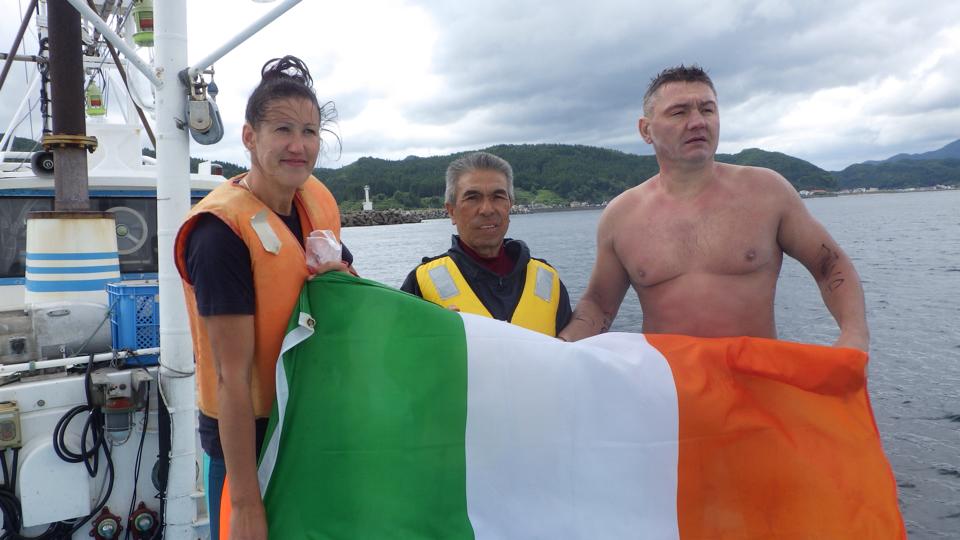 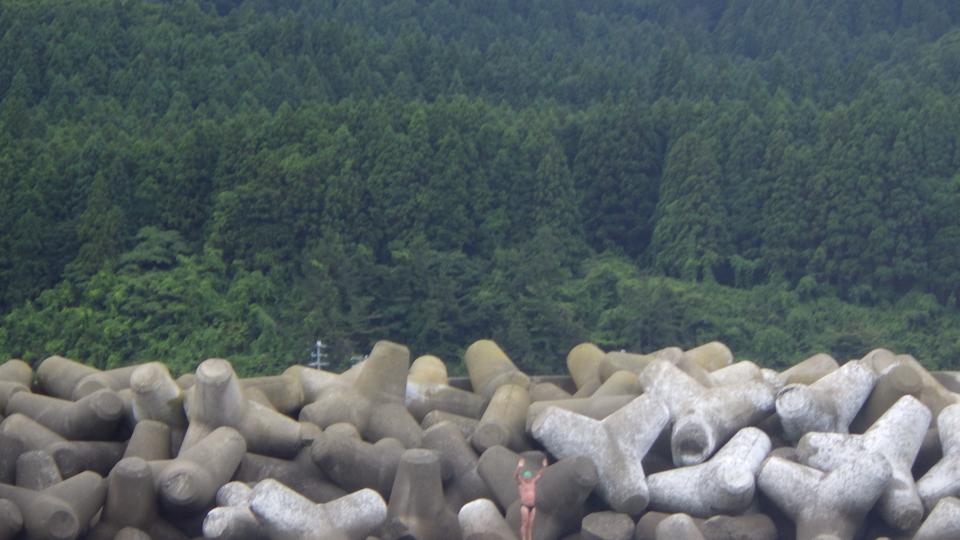 With his wife and Captain Mizushima on his escort boat, his crossing was impressively straightforward [see below].

Plotting of his course across the Tsugaru Current and 19.5 km channel in northern Japan is courtesy of Masuyuki Moriya of Ocean Navi: 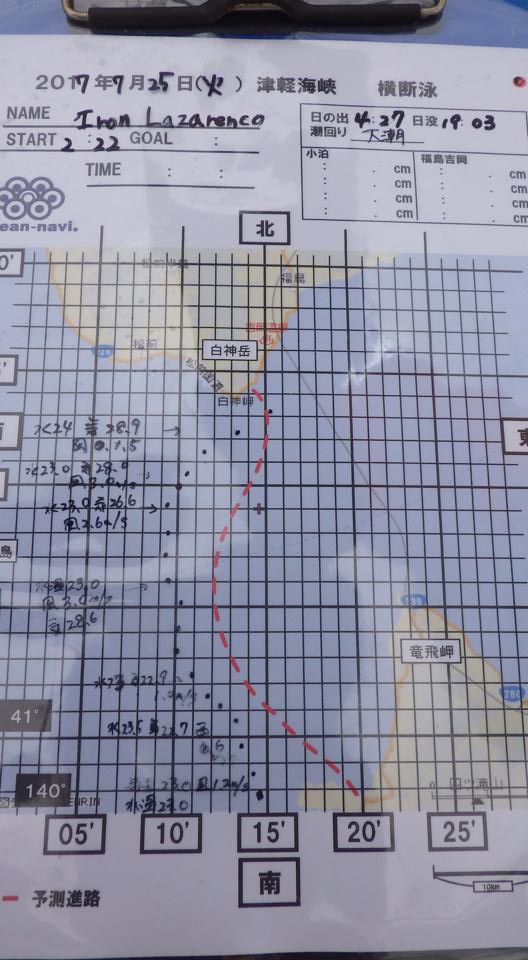