Skip to content
Previous Next
From Coast To Coast, The Frogman Swim Series 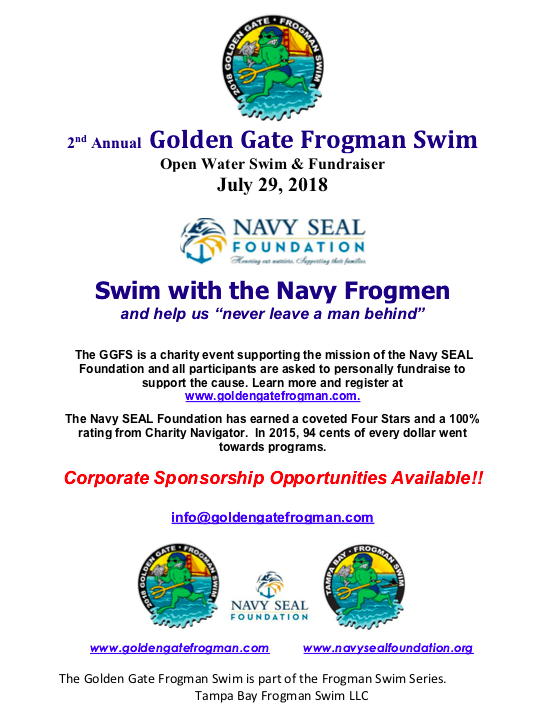 The success of the original Tampa Bay Frogman Swim in Florida has led to nationwide donations for the Navy SEAL Foundation and the creation of a coastal sister swim in San Francisco Bay, called the Golden Gate Frogman Swim.

While the Tampa Bay edition raised over US$650,000 this year, the Golden Gate Frogman Swim, held on July 29th is the West Coast version of the Frogman Swim Series.

The Series raises funds for severely injured active duty Navy SEALs and is supported by the Navy SEAL Foundation under the direction of Kurt Ott, Rory O’Connor and Dan O’Shea.

94% of proceeds from the Golden Gate Frogman Swim are donated to the Navy SEAL Foundation that provides support and assistance to the Naval Special Warfare community and their families.

“We’ve come a long way since that first cold January morning in 2010 [in the inaugural Frogman Swim,” said participant retired Navy SEAL captain John Doolittle. “It’s a humbling experience to be part of an event that revolves around supporting Gold Star Family members, the families of our fallen warriors. On Saturday night, we had a dinner where the memories and spirits of their sons, husbands, brothers, fathers, nephews, and uncles alive.”