Skip to content
Previous Next
1991, A Unique Year Presented At WOWSA Talks 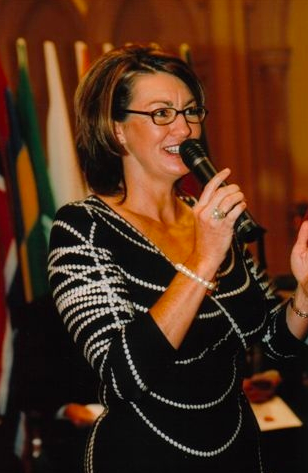 Shelley Taylor-Smith experienced quite a year in 1991.

Not only did she turn tradition on its head by wearing a two-piece swimsuit for the first time in history of FINA competitions. At the 1991 FINA World Swimming Championships held in Perth, Australia, she won the inaugural 25 km open water race in 5 hours 21 minutes 5.23 seconds over Americans Martha Jahn (5 hours 25 minutes 16.67 seconds) and Karen Burton (5 hours 28 minutes 22.74 seconds).

The 7-time world professional marathon swimming champion and her Australian teammate Tammy van Wisse both wore bikini suits, but had to first seek special FINA permission to wear the bikinis. FINA issued a news release that stated the suits were respectable for competition.

In reality, Taylor-Smith was more practical in her reasoning for the two-piece. The hometown Aussie knew there would be many jellyfish throughout the 25 km course in Swan River. “I wore this bikini because the jellyfish were everywhere. I wanted to be able to let them out of my suit or get them out with easy access and not disturb my mental focus and mindset which they are renowned for doing. I won the race and gritted my teeth as I got stung.”

While winning the inaugural open water event at the FINA World Championships will always be something to be proud of, the next chapter of her life really helped establish her legacy.

This necessarily meant that women earned less than men with a few rare wins by Greta Andersen and Judith van Berkel-de Nijs and others who came close like Sandra Bucha.

But Taylor-Smith changed the equation in 1991. That year, she earned the unprecedented overall No.1 world ranking on the World Professional Marathon Swimming Federation circuit for both men and women – a feat that has never been accomplished by any other woman in any other athletic endeavor going up head-to-head against men.

Taylor-Smith will describe that year in detail as part of the 2018 WOWSA Talks and WOWSA Awards held at The Olympic Club in downtown San Francisco on November 10th.

“And Shelley will explain, very importantly, how her victory over the world’s best marathoning men forever changed – for the better – the available cash prize money for women on the professional marathon swimming circuit,” says Steven Munatones. “Her ranking leveled the prize field that was never made available for women. Her talk about this year will be fascinating at the Olympic Club.”

The Olympic Club will host a great number of accomplished open water swimmers who have established their own iconic legacies in the sport:

For more information on the 2018 WOWSA Talks and WOWSA Awards, visit here.