Skip to content
Previous Next
Pirates, Bandits And Rogues In The Open Water 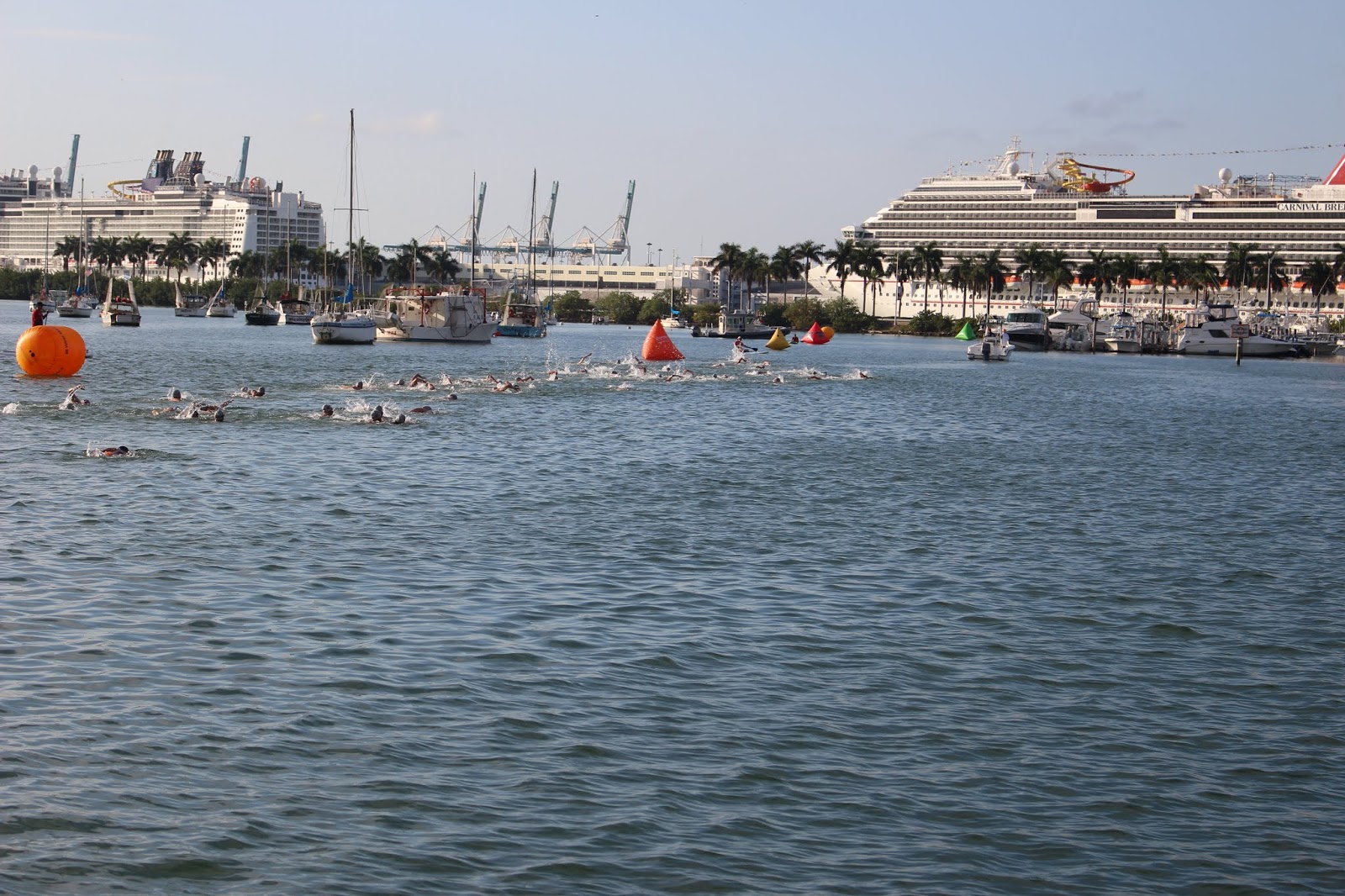 The competitive type of bootleg/pirate/rogue/bandit swimmers are individuals who do not purposefully pay the requisite fees or adhere to the registration procedures of established, insured, lifeguarded open water swimming competitions or charity events.

These kinds of competitive rogue swimmers, on occasion, also include individuals who use another swimmer’s name or a false name to purposefully enter an open water swimming event or charity swim.

Channel bootleg/pirate/rogue/bandit swimmers are individuals who do not purposefully pay the requisite fees or adhere to the registration procedures of established and governed swims, but attempt a marathon swim or a channel swim anyway while ignoring the traditions and procedures of the recognized governing body.

“These actions are just not cool and very unsportsmanlike,” opines Steven Munatones. “In the case of competitive events if a rogue swimmer requires assistance, this is taking resources away from people who pay and train for this specific event.”

The open water swimming world and the channel swimming world have certain conventions that have been developed over time. One fundamental premise that mostly everyone adheres to is: Pay to Play.

That is, whether a swimmer participates in a short coastal swim on a beach or an English Channel swim, the swimmer pays for that privilege.

Fees in the open water swimming world are generally not considered exorbitant, especially relative to other sports. But fees pay for the overhead, safety issues, administration and other costs ranging from fuel to permits. Without the support of donors and volunteers, administrators and officials, short swims or marathon swims could never be held.

However, a very small number of pirate swimmers purposefully circumvent the norms of the sport. Pirate swimmers do not pay to play. In coastal or lake swims, they hang around the start and make a conscious decision to avoid paying the registration fees. When the gun goes off, they jump in at the start and join the other swimmers. They swim the length of the race and then peel off at or near the end. Their justifications include (1) no one is hurt by their participation, (2) they did not need the awards, (3) they missed the registration deadline, or (4) they just didn’t want to pay. Their participation is, however, fundamentally unfair to the others who did pay and to the race staff who are usually volunteering their time.

If a race is organized, insured and sanctioned – and a vast majority of competitions are, there is significant effort put into the race with much legal and financial risk. Additionally, swimmers enter races to participate in a fair competition. They pay to test themselves against others and to get a time for a specific course. They earn the right to not be interfered with by persons who did not pay.

A race director once said, “Swimmers who pirate (or bandit) a race are like someone who takes a plate at the buffet, but does not pay. It is similar to stealing from the vendor and taking food away from the people who paid for the meal.”

Another race director who doubles as an attorney brings up a variety of issues. “It’s a huge foul for several reasons especially if the event is not a public waterway. The courses traverse navigable waters that are only open to swimmers on the day of the event. Race committees pay a hefty fee to gain access, keep boats out, and patrol the course for swimmers’ safety. A pirate swimmer is trespassing, using services he didn’t pay for. But also, he could potentially invalidate our insurance when all swimmers are required to be registered with governing bodies, either full year or one day. A pirate swimmer also has not signed the necessary waivers, so if he goes on the course, gets rescued, or bumps his head getting in the boat, this can get us in trouble. Finally, by paying the entry fee, swimmer take on a certain level of commitment to take the event seriously, train and prepare. The pirate swimmer simply shows up and decides to give it a shot with a diminished level of preparedness, risking rescue.”

The Waikiki Swim Club once hosted a race where a triathlete used another swimmer’s name and entry. She completed the race, but and afterwards fell off of her bike in the parking lot near the finish. The multi-sport athlete was going for a post-race training ride and used the parking lot that the race organizers had paid for a permit. She broke bones and then sued the Waikiki Swim Club. After two years she did not prevail, but the club volunteers spent a lot of time and money settling this issue.

The safety issue is a particular problem although many races are in public waterways. When a pirate swimmer, especially one who is ill-prepared to complete the swim, falters and resources are diverted to him, the overall safety element for others is compromised.

But some pirate swimmers claim that the cost of open water swims is too expensive. But a good portion of the fees goes to cover safety personnel. But at a different plane, what is the cost of maintaining safety and the value of everyone’s health and welfare out in the open water where there are inherent risks?

All race directors depend on the goodwill of others to make their events work and provide safety coverage. There cannot be compromises or shortcuts – and fuel, boats, pilots, lifeguards are many times donated, but not all the time. Fees and sponsorship are what help cover the balance.

Pirate swimmers are especially troubling during charity swims where fundraising for a non-profit group is the primary goal. But dealing with pirate swimmers is also troubling for race directors who are hosting an open water swim as a business. Whether the race is raising funds for a charity or generating revenue as a small business, race directors need to charge to cover their efforts, risks and to be able to grow their business and the sport.

Pirate swimmers are a threat to the beneficiaries and the company owners. They are responsible for delivering donations or value for the swimmers’ fees. The greater the donation or higher the fee, the more the swimmers expect in return in general. In these cases, pirate swimmers are threats to the bottom line. But successful entrepreneurs know that they must not position the events or the sport to accommodate those pirates or even those who complain about costs.

But what is a race director to do? In the Great Swims in the UK, there is a chip check system that allows swimmers into the start pen. The swimmers are often asked their date of birth as a confirmation check. If they don’t know it, they have to leave the area and go to Information Desk to see what the problem is. Normally they have another swimmer’s race number. They either are not allowed to swim or the race officials confirm their correct details are on the system. Then they go over the timing chip start mat before entering the water and a timing chip mat upon exit as well as one additional chip check system to make sure everyone has left the water effectively eliminating pirate swimmers.

This is true if the body of water is all public property or public waters. An individual can swim from one point to another, pay their own way and not take from another entity. It is also true that if there is a recognized governing body, the swimmer can choose to not be recognized for their effort if they do not pay a fee.

But if these individuals then tell others of their exploits after they complete the swim, this action is against the norms of the sport. These specific actions to avoid payment and then promote their swim success are also fundamentally unfair to the others who did pay and to the governing body administrators who are usually volunteering their time.

Whether it is a swimmer who swims for free in a local coastal swim or a marathon swimmer who purposely avoids governing body fees, these individuals are referred to as pirate swimmers. While not necessarily illegal, their unwillingness to pay to play is certainly unfair and is a selfish decision that does not support the swim, governing body or sport. Their self-absorbed, short-term mindset runs counter to the spirit of camaraderie and collegiality shared among open water swimmers across borders and cultures.