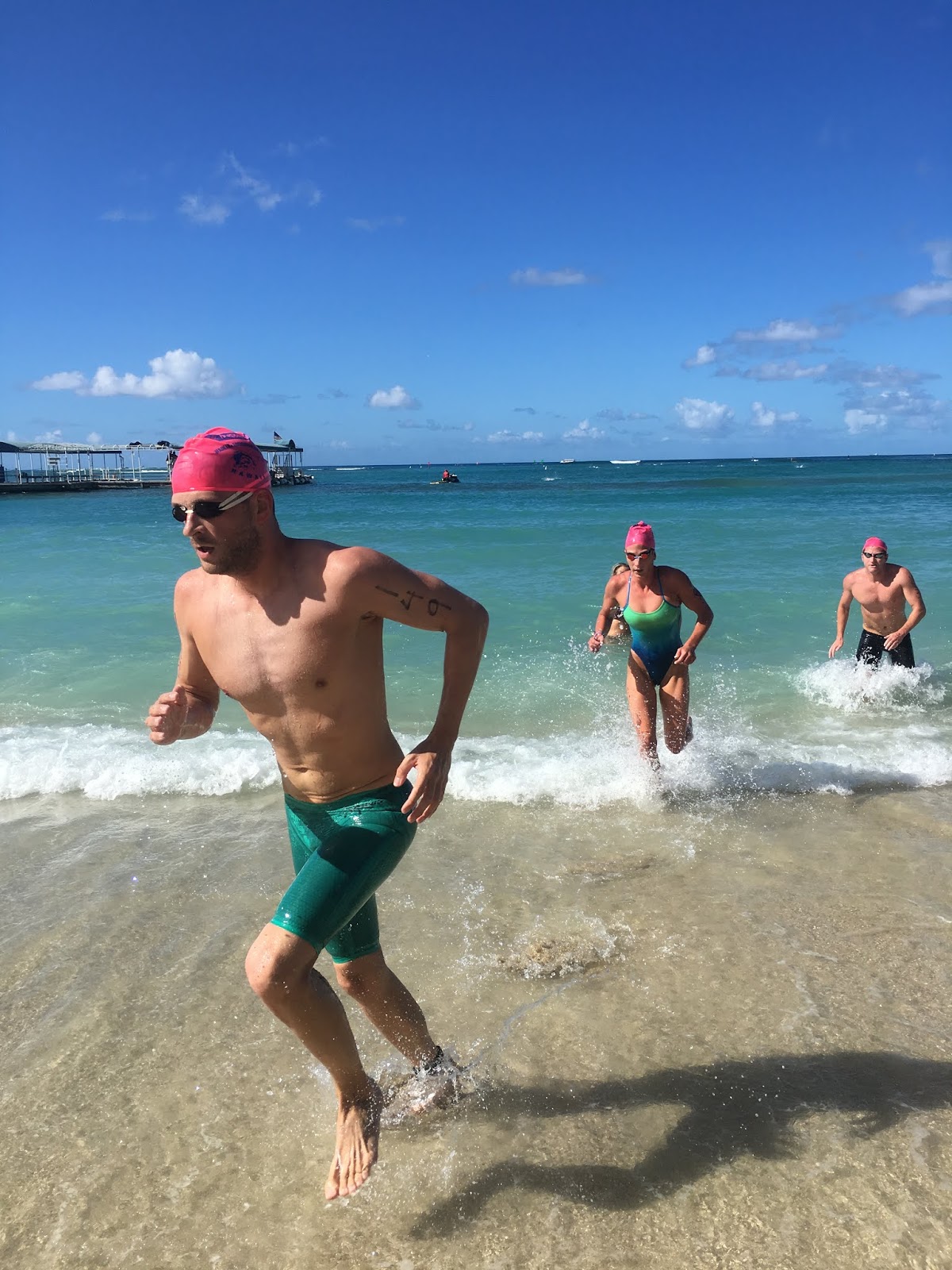 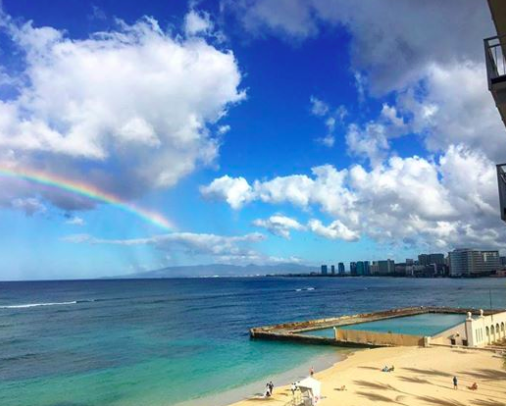 After winning the FINA 5 km world championships and the recent RCP Tiburon Mile in San Francisco Bay, it would have been very difficult for any women to beat Ashley Twichell today at the 3.8 km Waikiki Roughwater Swim on Oahu.

It was a beautiful day with rainbows and tropical blue skies as Twichell found herself in the lead pack surrounded by really fast men, hanging on to the blistering pace around the last turn buoy.

She finished strongly into the finish at the Hilton Hawaiian Village on Duke Kahanamoku Beach.