Jimmy Miller was a surfer, teacher, lifeguard, traveler, writer and a surfing ambassador and leader from Los Angeles, California.

In one of his columns for the Beach Reporter, he wrote, “There was great shorepound, as there always used to be, at Fourth Street in Manhattan. I rode my new Boogie Board. It was an evening that may have set the course for the rest of my life. As I waited outside the bodysurfers for a wave that broke a little further out, a glassy left loomed in.

I turned, kicked and started down the face. As soon as I was at the bottom the wave barreled. I was totally inside for the first time in my life, and without even trying, I saw water all around me.

In front of me was a blue hole, with light entering in a perfectly round opening. Time slowed down, and I heard a light Whoooo as the wave’s energy pushed wind out from behind me. Two, maybe three seconds later, I was out of the tube with my mouth agape. It took me a moment to realize what had happened because, at 7 years old, no one had told me that a tube ride was the ultimate feat in riding a wave.”

A 1991 graduate of the University of California Berkeley, he organized the Cal Surf Club. Then in 1998, he founded his own surf company, Pure Surfing Experience where taught surfing, produced local contests, and organized CampSurf, summer day camps in the city of Manhattan Beach as well as week-long camps all over the world.

He also served as a L.A. County lifeguard for 15 years, most of those years in Manhattan Beach where he worked for the Junior Lifeguard Program.

After his passing at the age of 35, his family and friends wanted to honor his legacy and the Jimmy Miller Memorial Foundation was formed.

Ocean Therapy is an adaptive surfing program to assist individuals – from at-risk youth to wounded warriors – coping with mental and physical illness in accessing the ocean environment. Surfing has long since been a sport associated with freedom and independence and has the ability to support individuals with special needs in increasing their self-esteem and self-confidence. 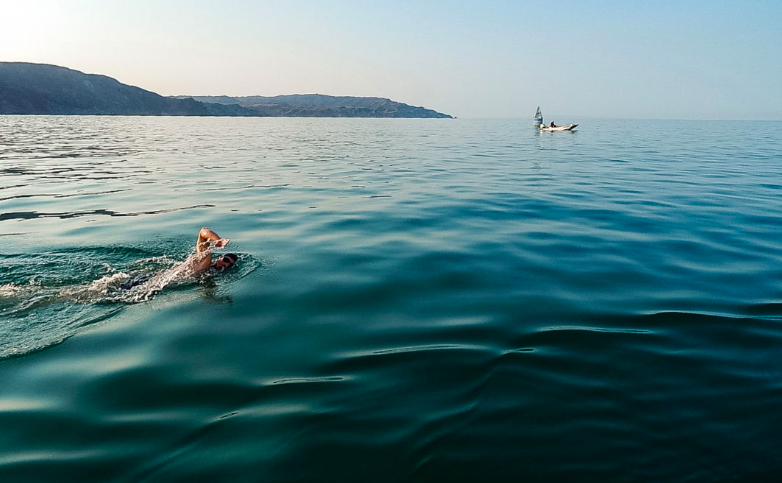 Loeffler, a former Navy SEAL who enlisted in 1985, is a disabled veteran who spent years in military zones throughout the world. On September 17th, he will attempt to swim 21 miles from LCI Point on San Clemente Island to China Point on Catalina Island in an unprecedented channel swim.

Sanctioned by the Santa Barbara Channel Swimming Association, Loeffler’s charity swim is to raise awareness of the sacrifices, challenges and triumphs of America’s disabled veterans.

Due to the remoteness and inaccessibility of San Clemente Island as a military base, this swim has not been attempted before. He estimates the swim may take him 11 hours, but it could be as many as 15 with the low temperatures and dense population of Great White Sharks. “This is exactly why this swim provides a hearty challenge and drama to increase awareness of our cause to promote awareness for disabled veterans and help raise funds for those that are serving our veterans. I am a disabled vet and want to share my passion of feeling closest to nature and to God, when immersed in the world’s open waters.”

Loeffler chose the Jimmy Miller Memorial Foundation as the beneficiary of the fundraising because of its pioneering Ocean Therapy program that combines adaptive surf lessons and group therapy for those suffering from mental and physical effects of traumatic experiences. The Foundation conducts Ocean Therapy sessions with the Wounded Warrior Battalion-West at Camp Pendleton, California and with veterans from all branches of the military in conjunction with the West Los Angeles Veterans Hospital.

There will be a live feed during the swim. His progress can be tracked here.