Skip to content
Swimming The Five Lakes Of Mount Fuji 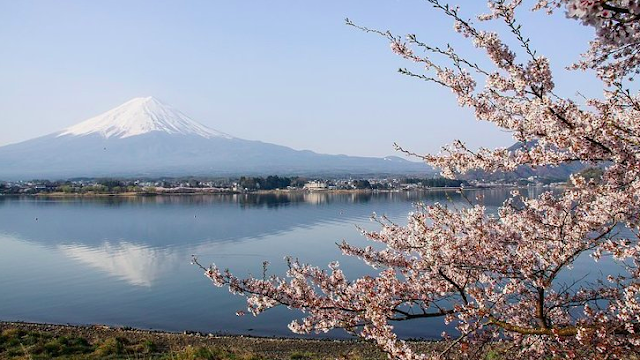 Back in 1985, Lynne Cox found her way to Japan during her unprecedented ‘Around the World in 80 Days’ event. She swam in 12 extremely challenging waterways around the world and in the course of her adventure became the first person to swim across the Five Lakes of Mount Fuji.

Those five famous lakes in Japan ring the majestic Mount Fuji, the largest mountain and active volcano in Japan at 3,776m (12,389 feet).

Several years later in 1992, Steven Munatones wanted to replicate what Cox did because he was living in Japan and his planned swim from Russia to Japan had been unexpectedly cancelled due to political reasons. “I felt energetic so I added a few twists to swimming across the lakes: I decided to run or bike between the lakes and then run from the hotel near the lake to the summit, a total of 21 km in distance and 3 km in elevation gain,” recalled Munatones.

“The logistics were a bit cumbersome as I had to obtain an escort boat flotilla in five different lakes to guide me across the lakes as well as organize an escort caravan of Harley Davidson motorcycle riders to escort me between each lake on the land routes. The run up Mount Fuji was a solo attempt with a local runner, but because it was summer time, there would be plenty of other mountain climbers also walking up the path to Fuji’s summit.

But at the crack of dawn, I walked into the eastern shore of Lake Yamanaka and headed towards the other side. If a lake could be described as calmer than tranquil, quieter than serene, then Lake Yamanaka was it. The two escort boats were on either side of me, but I could still see the summit of Mount Fuji every time I took a breath to my left. The beauty was breathtaking. And at times, I was breathless as I swam over lava tubes that shot up significantly colder water that penetrated the warmer surface waters.

My shoes and gear were ready for me as soon as I emerged on the other side. Off I went to Lake Kawaguchi, the second lake in my planned adventure. As peaceful was the swim across Lake Yamanaka, the ride to Lake Kawaguchi was anything but. The motorcyclists had their lights flashed and occasionally honked their horns and sirens to slow traffic and attract attention from passersby. It felt like a presidential arcade and was a totally unique experience for a swimmer who had never been in front of a cycling or running race, or the object of such attention on land. After the bike to and swim across Lake Kawaguchi, the adrenaline had run out and stamina was called for. Lake Sai was at a higher elevation and I had to run up a series of some steep hills to jump in the third lake. Again, the logistics of the local team was flawless as shoes, goggles, caps, and fresh towels were immediately available to me at each transition area.

Lake Shoji, like the other lakes, continued to be an inherently peaceful swim as I continued to breathe primarily to my left, always trying to keep Mount Fuji within my peripheral vision. With only a few more transitions to go, I slowed down swimming across Lake Motosu, the last lake, in order to take in all that I had seen swimming across the Five Lakes of Mount Fuji.

Dinner was a joyous occasion with speeches that ran quite long and a seemingly endless rotation of local delicacies. While some of the crew imbibed liquor, I had one more long journey ahead of me and I just wanted to get refueled for the long jog up Mount Fuji. My goal was to enjoy the climb up Mount Fuji as much as I had relished the swim around Mount Fuji and to reach the summit – and get back down again before nightfall.

Off I went with a fellow runner, a rail-thin marathon runner who had competed in the Mount Fuji Marathon Race. He would led me along the same path. He purposefully set off on a fast pace per my request. I wanted to keep up with him as long as possible and then hang on as best I could. It did not take long for him to start attacking the volcanic mountain like the competitive runner he was. But I was able to keep him in my sights for the first 2 hours. the rest of the 3-hour journey was more like a solo swim…a solitary journey of endurance with the support of an escort team.

But the escort team included men, women and children of all ages trudging up the mountain, always giving good cheer and encouragement as I put one foot in front of the other, always at a higher elevation.

Fortunately, the lactic acid burn in my legs was more of a problem than cramping, but hunger started to creep in as I approached the summit.

The summit was glorious if a bit crowded with smiling, satisfied Japanese and foreigners. My running buddy had waited for me as we then shook hands and headed back down. Sleep that night was a heavy slumber of satisfaction.”