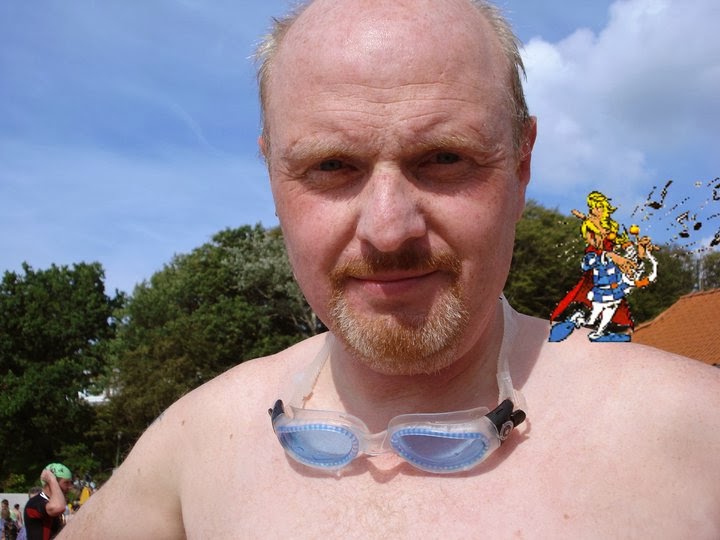 Andreas Kleesiek is a German open water swimmer who is part of the largest voluntary water rescue organization in the world: the Deutsche Lebens-Rettungs-Gesellschaft (DLRG) known in English as the German Life Saving Association.

The DLRG is a non-profit lifesaving organization in Germany built on the backs of volunteers with 560,000 members in over 2,000 local groups, the world’s largest voluntary water rescue organization.

The DLRG was created to promote all activities used to fight drowning including teaching swimming and self-rescue, education about how to avoid the dangers of swimming, the teaching of rescue swimming, basic and advanced first aid training, and technical safety support, providing lifeguards and cooperation with German civil defense, especially when flood disasters.

The origins of the DLRG started when a pier in Binz on the island Rügen, Germany collapsed under the load of 1,000 people waiting for the cruise steamer Kronprinz Wilhelm in 1912. Sailors of the German navy were able to save most people, but 17 people died because they could not swim, including 7 children. This catastrophe led to the establishment of the DLRG in 1913 in Leipzig.