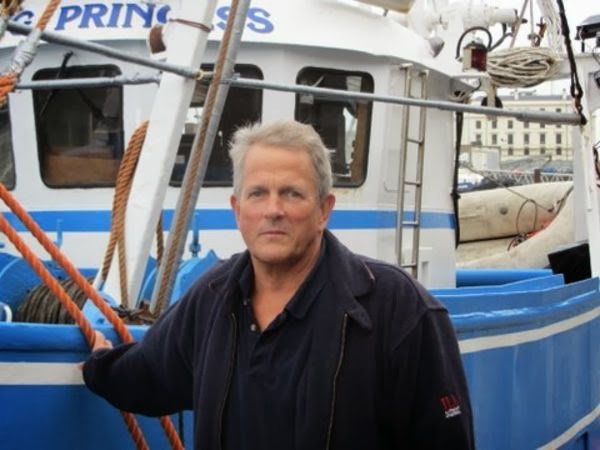 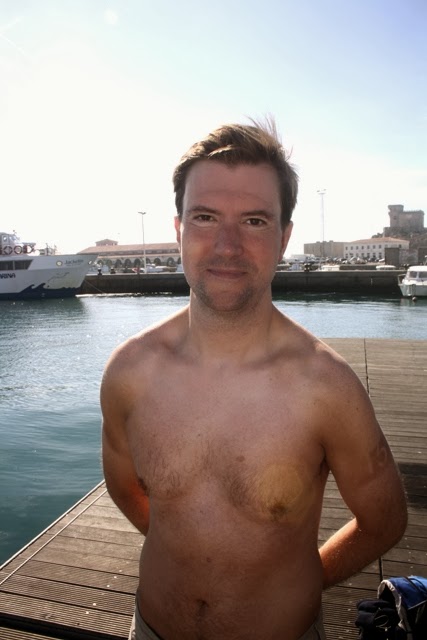 When James Penrose (shown on left), John DaPrato and David Cook (shown below) started off in Spain to cross the Strait of Gibraltar, one issue was if or when they were going to swim together the entire way or separate at some point, both from themselves and Rafael Gutiérrez Mesa, their escort captain and the president of the Asociación de Cruce A Nado Del Estrecho De Gibraltar.

They were swim buddies, but they wanted to cover all the bases before they took off for the African continent.

DaPrato vividly recalls the hour-long briefing by Rafael, “I specifically asked Rafael that question at his briefing when he gave details as he stood next to this huge map in his office. It was great stuff after seeing many YouTube Gibraltar swimmer videos when I observed some swimmers finishing side-by-side while other swimmers touched ground with a good deal of separation minutes apart. I asked Rafael, ‘Do we have to stay together as we approach Africa?’”

His answer was succinct “After the last feeding, you can swim freely to shore if we were fairly close to Morocco.”

“So that’s exactly what we did,” described DaPrato. “We all liked the idea. It gave us a little more individuality to the swim. As it turned out, James was a little faster and out in front and took a little better angle [finishing in 5:04]. The currents took me slightly off course and I landed further up the rocky shore [finishing in 5:16]. David took a slightly different angle and was pulled a little further away [finishing in 5:20].

We were all within sight of the lead boat and the support boat, so I think things were under control the whole way. The rocks on the African side are huge and many sit only 2 or 3 feet under the water. But some of the are at least 10 feet high from the sand up to just below the surface. The good thing is that the water is crystal clear so one can figure out the best place to touch
.”