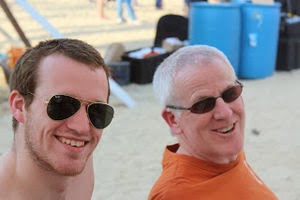 Bruce Gemmell, a long-time supporter of open water swimming, was awarded the 2013 American Swim Coaches Association‘s Coach of the Year in September.

It was an honor well-deserved and inevitable given his long coaching career from the shores to Delaware to the pool decks of Nation’s Capital Swim Club in Washington D.C.

Gemmell in his typically humble and focused manner gives credit to his assistant coaches at Nation’s Capital Swim Club who include Pete Morgan, John Flanagan, Jeff King and Tim Kelly.

The American Swim Coaches Association Coach of the Year award is given annually to the individual whose coaching effectiveness has contributed the most towards American swimming excellence at the world level. James “Doc” Counsilman, the famed American swimming coach and English Channel swimmer was the first recipient of the award in 1961.