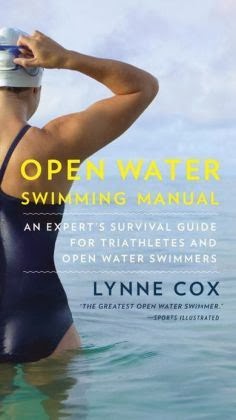 The sun has shone brightly on the youthful-looking Lynne Cox.

From over 40 years, the Southern Californian has swum her way into history. Cox’s unequaled roost on top of the open water swimming world has earned her global respect and awe, both from the swimming community and the general public. With her track record of swimming in more inhospitable places on Earth longer than anyone in history, Cox has most definitely earned her stripes.

Throughout the decades, Cox has written prolifically and spoken eloquently about her feats. 2013 saw her repeat her speeches in a nationwide speaking tour about her latest book that has been universally praised.

No one speaks with the authority and reach of Lynne Cox in the open water world. She speaks softly; we listen intently. She writes creatively, we read repeatedly. She swims; she sets extreme swimming standards. Her books are the centerpiece of any open water swimmer’s library. Her quotes become mantras; her swims become legend. Cox survived the harshest swims in the world with a physiology and psychology that astound the scientific community. Her latest publication sets the standards for two sports: triathlon and open water swimming, both for beginners and pros. For her words of wisdom, for her eloquence in explaining the open water, for her decades of excellence communicated simply in easy-to-understand language, Lynne Cox’s Open Water Swimming Manual: An Expert’s Survival Guide For Triathletes And Open Water Swimmers is a worthy nominee for the 2013 World Open Water Swimming Offering of the Year.

Her words are based on the preparation, planning and successful execution of the following swims:

The World Open Water Swimming Offering of the Year includes a variety of products, services and concepts in the open water swimming world including the following: