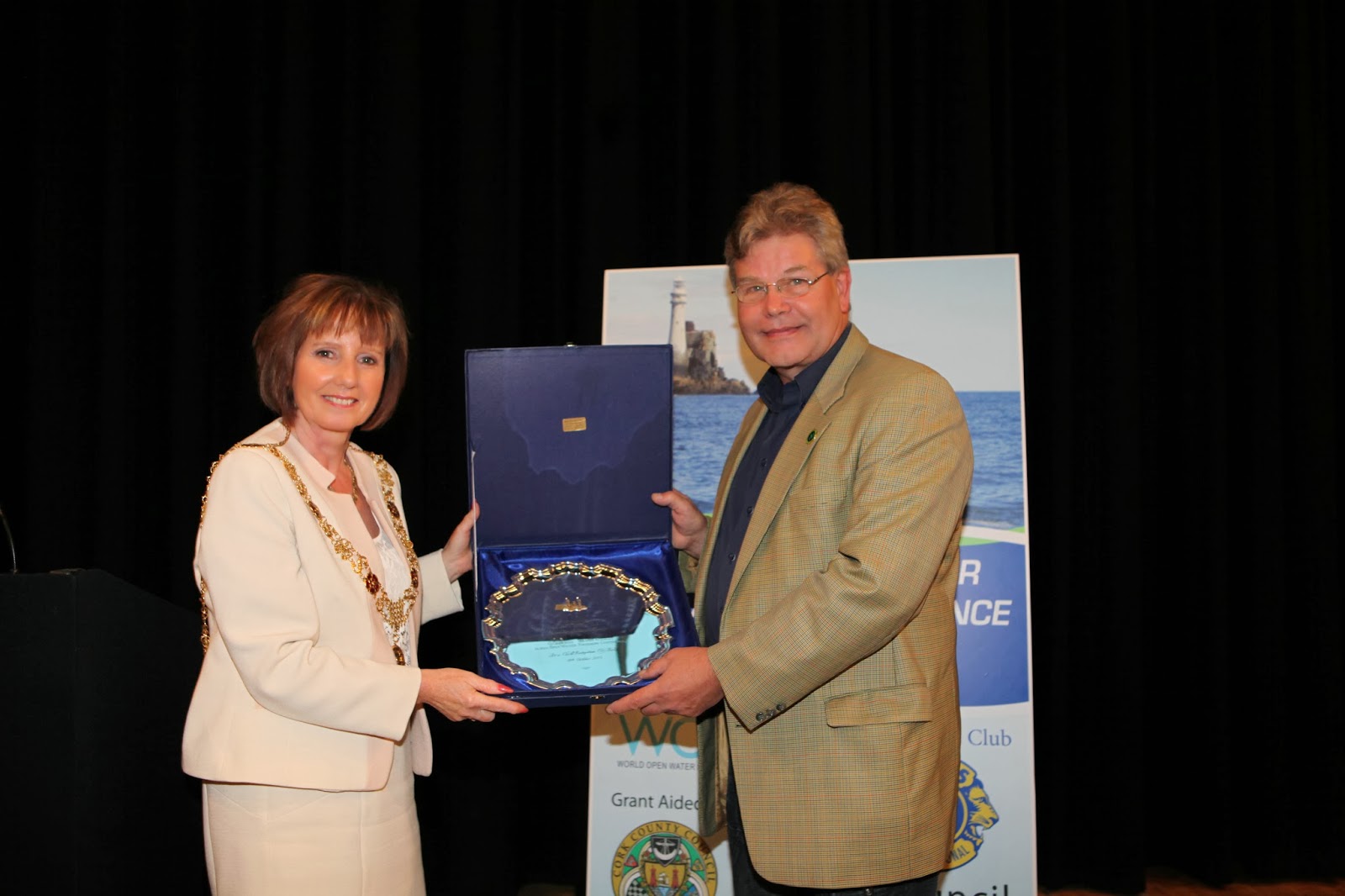 In his typically humble manner, Schmidt summed up their collective efforts, “Thanks to all of you who came to Cork for the conference, the tireless efforts of the Conference Organising Committee, our local volunteers both from Cork Lions Club and Sandycove Island SC and our sponsors and exhibitors we raised €3,869.72 which has been presented to Cork Lions Club today.”

And in his understated manner, Schmidt is moving on from the Global Open Water Swimming Conference to organizing the 2014 GaddinAbtGarnish (on June 14th) together with Imelda Lynch and the 2014 Vibes & Scribes Lee Swim 2014 (on July 12th).

Its nomination reads, “Oswald Schmidt and Paschal Horgan had an idea and a dream: to invite and host representatives around the open water world to Cork, Ireland. They sought sponsors and support; they aligned a number of experts; they gathered the crème-de-la-crème of the open swimming world in a grand celebration. The result was an outstanding 2013 Global Open Water Swimming Conference, WOWSA Awards and International Marathon Swimming Hall of Fame ceremonies that set the standard for the future. For the hard-working efforts of Schmidt, Horgan, Ciaran O’Connor, Captain Tom McCarthy, Finbarr Hedderman, and Ned Denison, for their humble and hospitable nature, for bringing the Global Conference, WOWSA Awards and Hall of Fame ceremonies outside the United States for the first time, the Global Open Water Swimming Conference is a worthy nominee for the 2013 World Open Water Swimming Offering of the Year.

The nominees for the World Open Water Swimming Offering of the Year include the following:

Oswald Schmidt is shown above with the Lord Mayor of Cork.