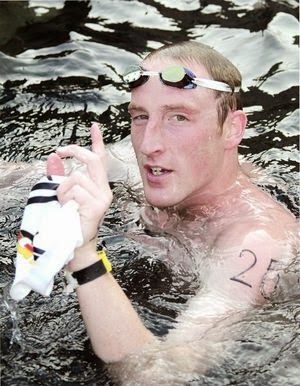 The 15th FINA World Championships, held in Barcelona, Spain from July 19th to August 4th were the most watched competition in the FINA history. The total TV audience was almost 4.5 billion viewers worldwide.

According to independent Kantar Media, the FINA World Championships reached a total of 4.487 billion viewers distributed over live programming, Sports Magazine, Highlights, News, Repeat and Delayed over 5,156 hours of dedicated coverage in 185 territories.

“These impressive figures definitively improve the value and prestige of our main event, the FINA World Championships. FINA and Aquatics are definitively top players in the very competitive sport business market. These results are due to our superb stars and their outstanding performances, and to the great support received by our 203 National Member Federations around the world,” said the FINA President Dr. Julio C. Maglione.

One of those stars is undoubtedly, unequivocally, undeniably Thomas Lurz of Germany.

When “the best” is described, it is hard to argue against an athlete who wins head-to-head against the world’s fastest swimmers from 5 km to 25 km under intense pressure in all kinds of conditions throughout the year – and does it with a humble nature and ambassadorial style. At the advanced swimming age of 33, Lurz remains on top of the professional marathon swimming community and was deservedly nominated for the 2013 World Open Water Swimming Man of the Year.

Quiet and focused, competitive and determined, hard-working and understanding, Lurz most definitely embodies the spirit of open water swimming and possesses the sense of adventure, tenacity and perseverance that open water swimmers are known for. His nomination reads, “It was unprecedented: 4 medals in 4 swims in 7 days. Over a cumulative total of 7 hours of mano-a-mano racing against the world’s best swimmers in Barcelona, Thomas Lurz proved why he is, at the advanced age of 33, the world’s fastest open water swimmer. Never in the history of the sport has anyone demonstrated such total mastery of all aspects of elite open water swimming against the best talent on the planet. Uncomplaining, driven and a glutton for punishment during training, good things have continued for the deserving professional swimmer. For his gold medal at the world championships in the 25 km, his gold medal in the 5 km Team Pursuit, his silver medal in the 10 km, his bronze medal in the 5 km over a span of 7 days, and a handful of other international victories throughout the year, Thomas Lurz is a worthy nominee for the 2013 World Open Water Swimming Man of the Year.

Lurz has been conducting himself professionally for over a decade on top of the professional marathon swimming world. And none more so than this year when he was confirmed as the overall series champion for the 2013 FINA 10K Marathon Swimming World Cup after uncharacteristically getting disqualified in the first race of the season. Dejected and disappointed, Lurz certainly made up for the first red card of his career. He turned his displeasure and red card in Santos, Brazil to an unprecedented season of success.

He steamrolled to an unprecedented 4 open water swimming medals at the FINA World Championships and culminated his season with another World Cup series championship. Add it up – 45 km of racing against the world’s best in Barcelona – and Lurz proved why he was the best. Never in the history of aquatic sports has anyone raced in such close proximity to their competitors over such long distances and been so successful.

It was a total mastery of elite open water swimming from 5 km to 25 km: 4 swims and 4 medals. It was unprecedented and a tribute to Lurz’s tenacity towards training, passion for punishment, and capacity for competitiveness.

The 2013 World Open Water Swimming Man of the Year nominees include: