Skip to content
Previous Next
When Dreams Are Realized, Less Than 1% 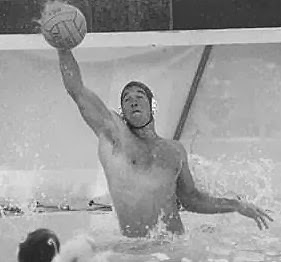 Christopher Duplanty was one of the most successful athletes who participated in the Waikiki Roughwater Swim on Oahu, racing between 1976 and 1983.

Like open water swimmers everywhere, he wore a cap and he had a number, but his success came without goggles.

The 3-time Olympic water polo goalie for the United States team eventually captured one silver Olympic medal and plenty of other hardware during his illustrious career after graduating from Punahou School on Oahu. But coming out of high school, Duplanty was not a scholarship athlete. He had to try out for the University of California Irvine team as a walk-on athlete.

In the hierarchy of NCAA athletics, walk-on athletes are at the bottom of the totem pole. They are not expected to see any playing time and are primarily utilized as practice players. While scholarship athletes at American NCAA institutions receive financial assistance in whole or in part to attend a college or university, are given specialized tutoring opportunities, and earn the right to dine at a specific training tables, walk-on athletes do not receive those benefits.

And so began the collegiate career of Duplanty.

But the young man from Oahu did not end up where he started. He was motivated and driven – fiercely so. He was tremendously focused and fully intent to perform well. But he was also realistic. At the end of high school, he calculated the probability of becoming great and earning the right to become a representative of the American Olympic team. Things did not look good. He calculated his chances at 0.05%. “I took all the kids that were graduating with me across America who were playing water polo. I figured that I had zero-point-five percent chance of making the Olympic team.”

From a lowly walk-on athlete, Duplanty quickly showed his dedication, discipline and well-honed talents and earned a scholarship while leading his team to a third-place finish at the 1987 NCAA Championships and a NCAA championship in 1989. From there, he kept improving and eventually landed a coveted spot on the USA Olympic Water Polo Team third times in 1988, 1992 and 1996.

The local kid from Hawaii with a big dream is now currently the Director of Sales for Arena North America, overseeing strategic sales planning and development for the Portland, Oregon-based swimwear company. Duplanty previously spent more than decade with the U.S. Olympic Committee in various leadership capacities, including serving as the Vice Chairman of the Athlete’s Advisory Committee and as a member of the Board of Directors and the Executive Committee.