Skip to content
Previous Next
NCAA Agrees Triathlon Is Emerging 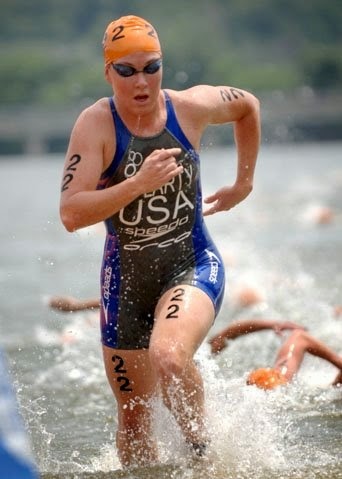 This designation allows the NCAA member institutions to award athletic opportunities to female student-athletes. This means that NCAA colleges and universities can award financial aid packages to its scholars who show talent in swim-bike-run competitions.

    This is a huge victory for the sport of triathlon, USA Triathlon, and its enthusiasts and supporters.

With this designation, triathlon varsity teams on campus must abide by all NCAA regulations, which include limits on playing and practice seasons, recruiting regulations, student-athlete eligibility, financial aid limits, coaching limits, and the accepted format for the sport.

Triathlon was determined to meet the following criteria required by the NCAA:

o There must be 20 or more varsity teams and/or competitive club teams that currently exist on college campuses in that sport
o Collegiate recreation and intramural sponsorship
o High-school sport sponsorship
o Nonscholastic competitive programs
o Association and organization support
o U.S. Olympic Committee support (e.g., classified as an Olympic sport, National Governing Body support, grants)
o Conference interest in sports sponsorship
o Coaches Association support
o Professional sports support
o 10 letters of commitment from 10 member institutions that sponsor or intend to sponsor the sport as an emerging sport and include the signatures of the president and the athletics director of those institutions.

But it also demonstrates the massive uphill battle – arguably an impossible task at least for a generation – that open water swimming may have for its own hopes for NCAA recognition.

That being said, there are a bevy of well-spoken recent college graduates (from Alex Meyer and Andrew Gemmell to Haley Anderson and Ashley Twichell) who are well-respected ambassadors of the sport. Together with their well-respected coaches (from Dave Salo to Bruce Gemmell), it is entirely possible that a 5 km or 10 km open water swim and relays could be eventually added to the NCAA Men’s and Women’s Swimming Championship program in the future. It is likely – sometime way, way in the future – that open water swimmers are specifically recruited by NCAA swimming coaches. But the fundamental key will be the push, lobbying and encouragement by USA Swimming, the College Swimming Coaches Association of America and the American Swimming Coaches Association. With the support from these three powerful organizations, we believe universities, conferences and coaching associations will follow suit and join in a collective voice to add an open water swimming event to the annual NCAA Swimming Championships.

In contrast and in some ways, adding an event like a 3 km, 5 km or 10 km race to the NCAA Swimming Championships seems bureaucratically easier than recognizing an entirely new sport like triathlon. While issues such as location must be worked out, the rules, organizational know-how, referees and athletes are already readily available. Additionally, open water swimming is already a recognized international aquatic discipline and Olympic event which helps the NCAA understand how integral open water swimming within the global aquatic community.

So we are confident that open water swimming’s time will come.

Related article on the NCAA and open water swimming include the following:

Photo shows Sara McLarty, a representative of USA Triathlon, USA Swimming and the University of Florida.