Skip to content
Oh That Has Got To Hurt! 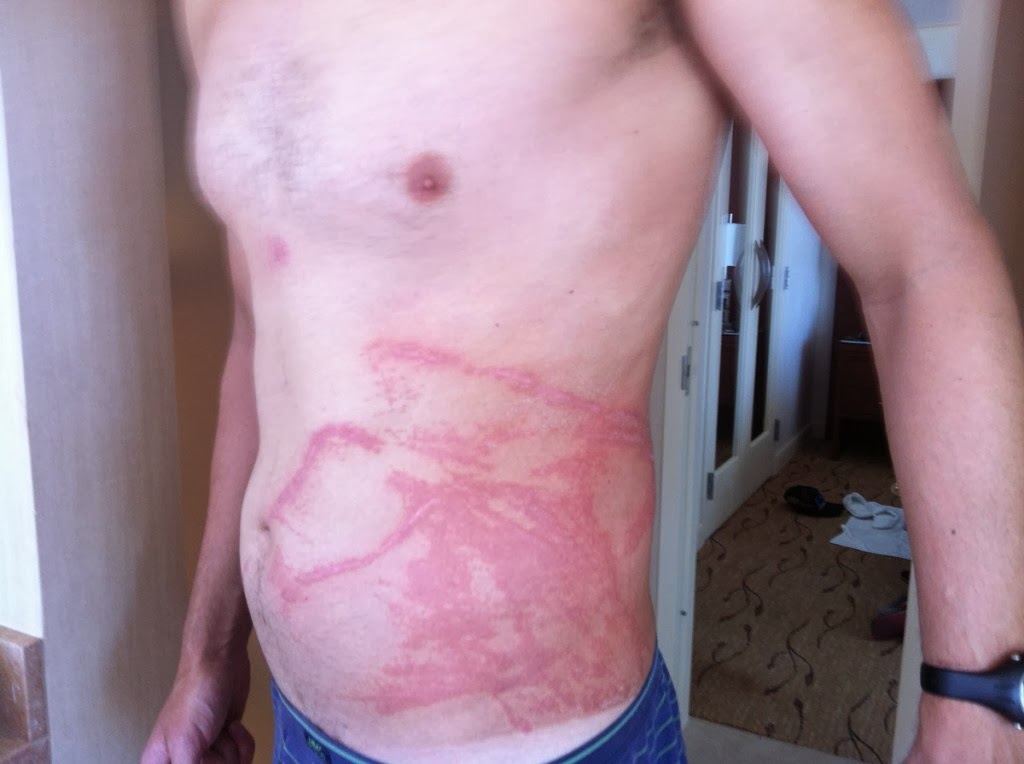 And he has also felt the joy, the excitement and the self-satisfaction of open water swimming.

But he will never forget the pain of jellyfish stings that he has endured on his channel swims.

The pain was especially unforgettable when he was hit at the end of his 17 hour 2 minute Molokai Channel swim as he dragged his venom-filled torso the longest distance ever swum across the Molokai Channel. Swept past the traditional (and closest) finish point of Sandy Beach, past Portlock where Stephen Redmond, Michael Ventre and Kim Chambers landed, past the southern shores of Oahu, and finally struggling on the rocks below Diamond Head volcano, it was a swim of pain and misery. And the tentacle tattoo on his torso still exist today, over 18 months after he was hit.

“I have a number of swim camps to suit all abilities from first timers to channel swimmers across UK and Europe. I plan to share my knowledge and experience of swimming some of the hardest oceans in the world to develop open water swimmers in all areas from technical stroke analysis, psychology, nutrition, training sets and more. I am very excited about the journey I have already taken and I am looking to host camps in more European destinations to develop swimmers across other countries.

The sport has given me so much, it changed my life doing the Oceans Seven.

I have battled through many adversities on the way including being stung by a Portuguese man o war and having to swim 3.5 hours to complete a 17-hour Molokai Channel swim. I have also been chased by sharks, battled hyperthermia and swum with a ruptured bicep tendon all of which has tested me to the limit. I am achieving my dreams and I want to help others achieve theirs