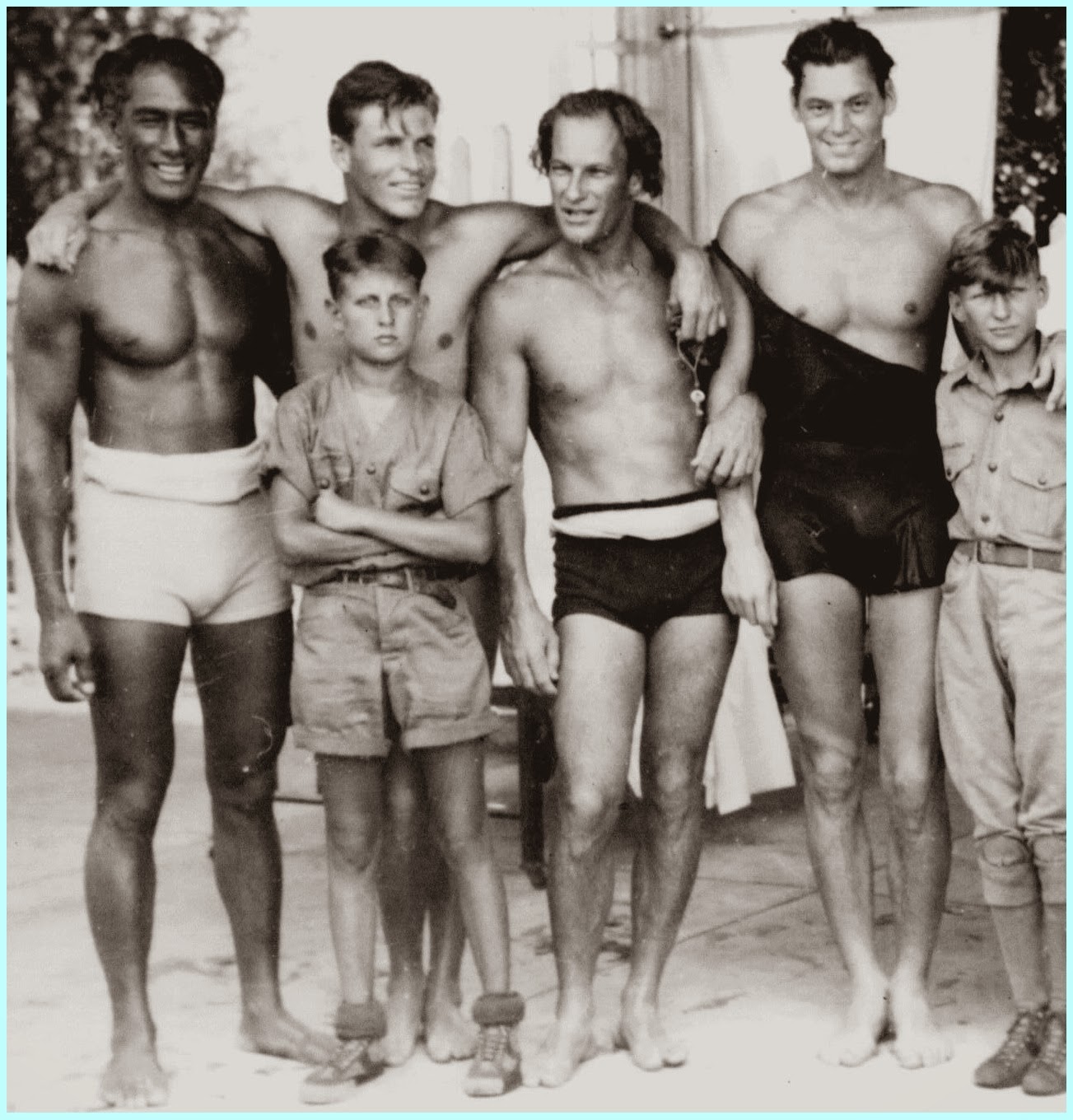 Stubby Kruger was an Olympic swimmer from Honolulu, Hawaii who found his way to the 1920 Antwerp Olympics and later Hollywood where he buddied up with Duke Kahanamoku, Buster Crabbe and Johnny Weissmuller.

He was a waterman and a backstroker who performed at carnivals and fairs billed as the Incomparable Water Comedian. He also had a career in Hollywood as an actor and stunt double that began in the silent era and lasted until 1960. His last film credit was as Spencer Tracy’s double in The Old Man and the Sea, but he also played lifeguards, pirates, soldiers, prisoners, boat crewmen, baseball players, seamen and swimmers during his movie career.