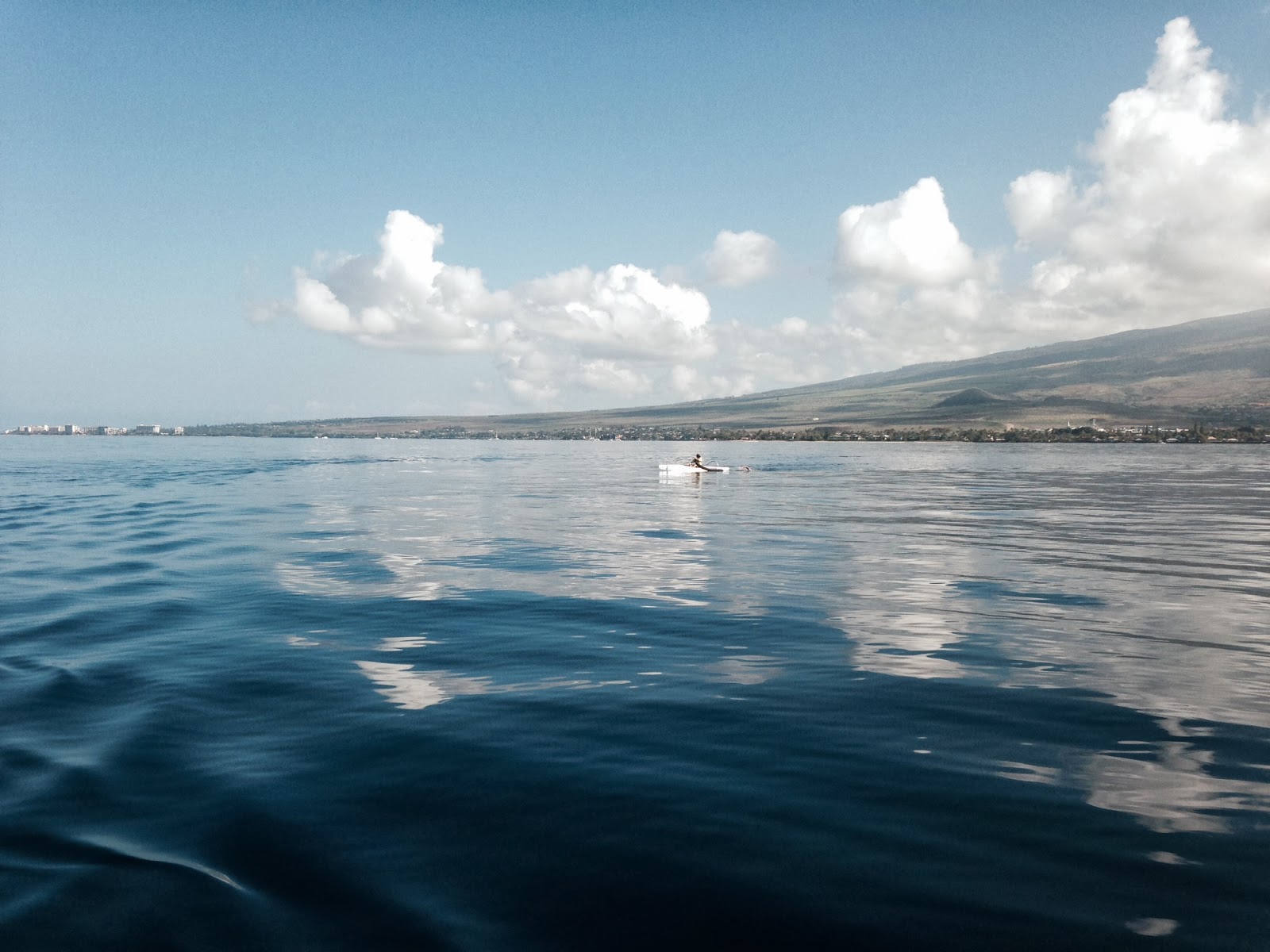 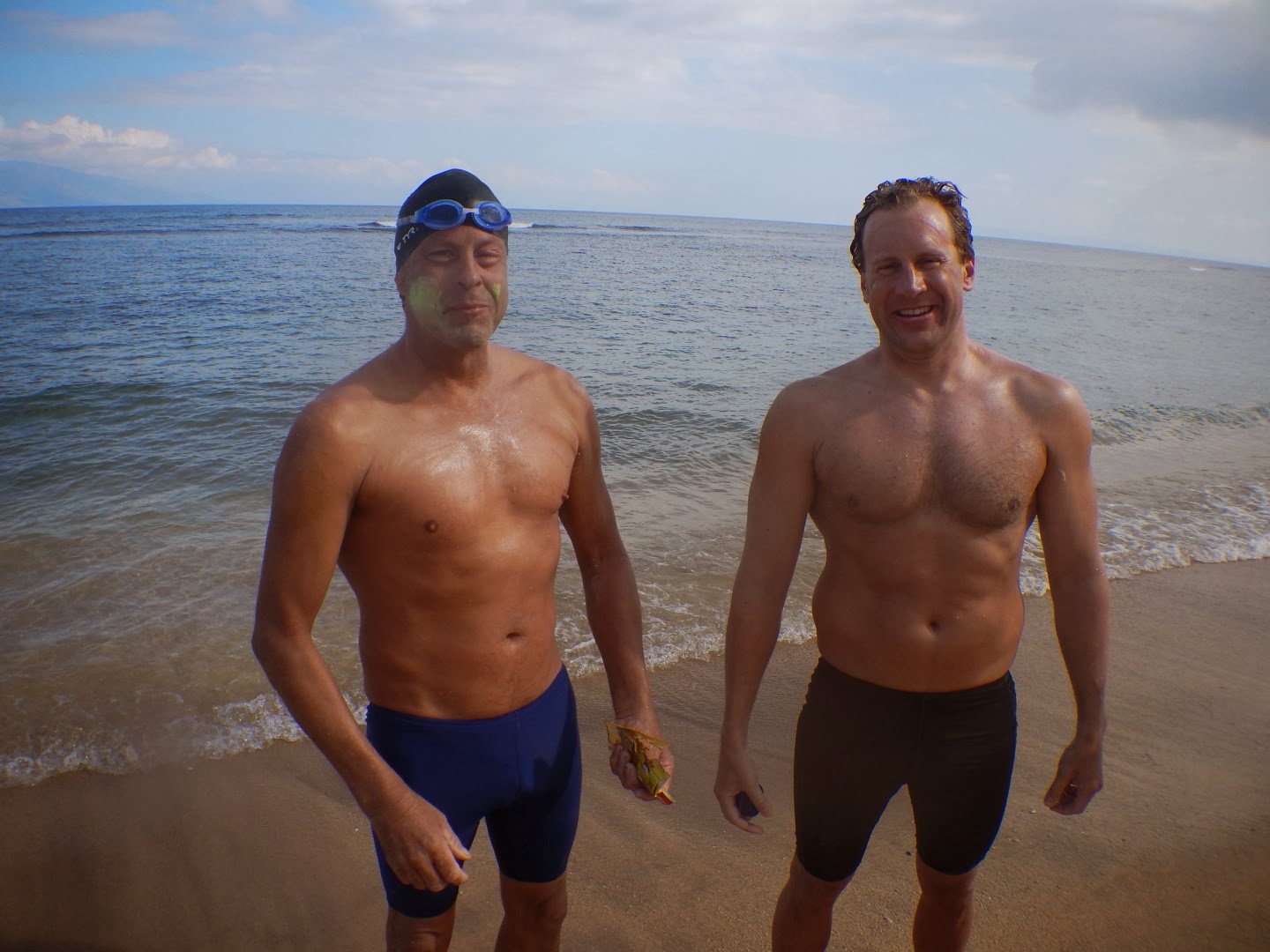 Dr. Steve Minaglia doesn’t stand still, especially when it comes to challenging the channels of the Hawaiian Islands.

After more than a few inter-island channel crossings, Mark Williams (left) and Dr. Minaglia (right) attempted a triple crossing between the islands of Lanai and Maui.

On January 19th, Dr. Minaglia and Williams swam from Lanai to Maui and back from Maui to Lanai in 10 hours 33 minutes.

“We left at 3:59 am and landed again on Lanai at 2:32 pm. As usual, Paul Luuwai and Blair Norris served as crew. In addition, Robert Hendrickson, a nurse I work with at Queens Medical Center, and Kawai Luuwai joined the crew for a 6-person team.

The original intent was to complete a triple crossing of the [Maui (Auau)] channel, however, due to multiple reasons, the third leg of swimming from Lanai back to Maui ended 3 miles into the swim.”