Skip to content
Previous Next
Giving It With All Their Hearts 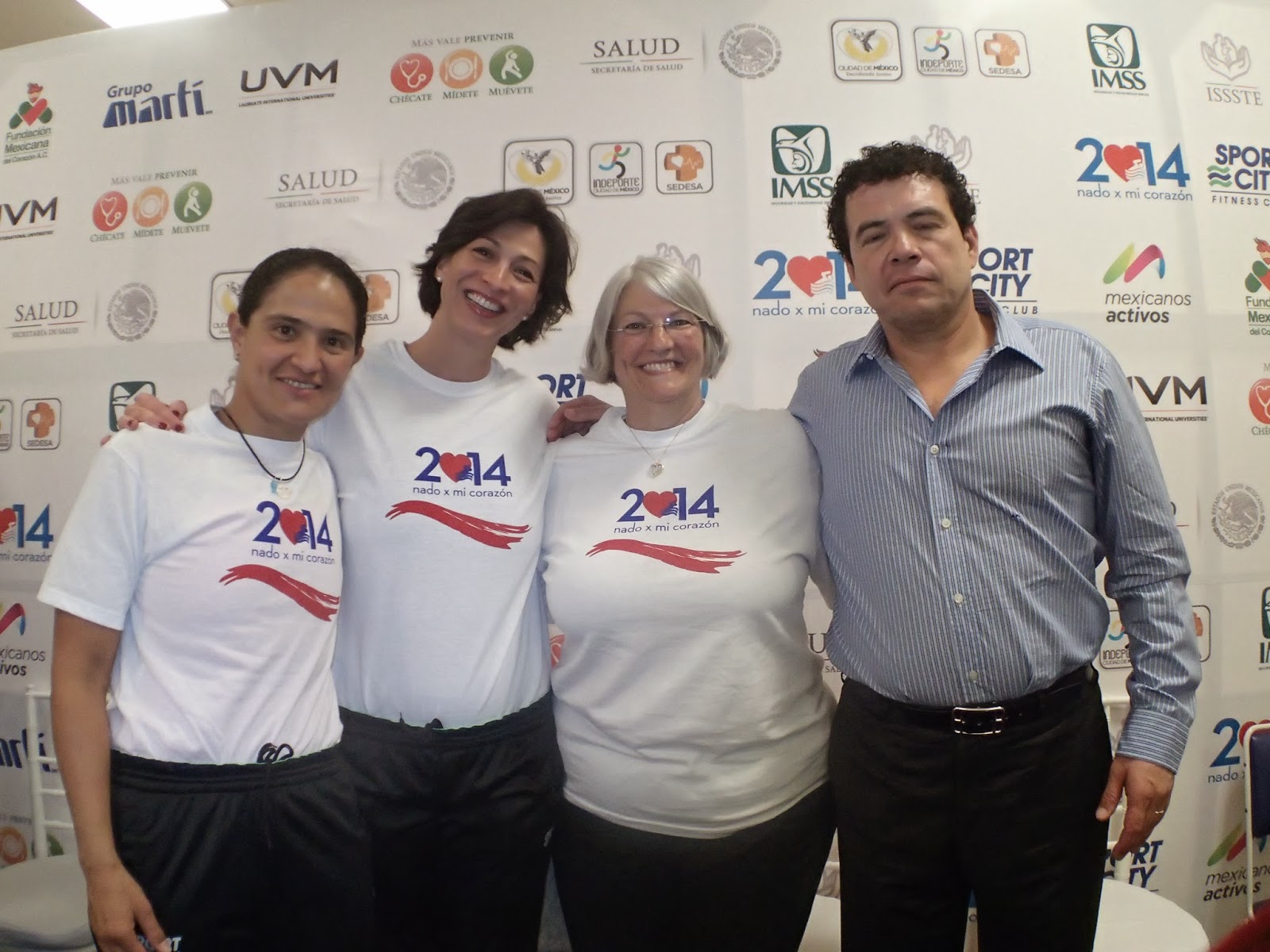 “There were 79 locations throughout Mexico including 24 public pools, 15 private clubs, and 40 Sport City pools that participated along with over 100 nurses who provided free blood pressure screening and gave handouts on heart disease prevention to all the participants. The Mexican Heart Foundation received a large donation from this event.

There were many open water swimmers at this event to support this cause, too including several marathon swimmers like Nora, Mariel, Antonio and myself who were at the event.”

Gallant-Charette could not get over the amount of attention that the national swimming event generated. “All week long, there were news interviews on radio and television promoting the event. Today there was a major press conference at Sport City to kick-off the event. The room was packed with television, radio, and newspaper reporters. There were local and state dignitaries to speak about the importance of heart disease prevention along with one of the leading cardiologist was at the conference.”

But if 21,000 participants were considered a success, wait until next year when the goal is to have 50,000 swimmers participate.

Sadly, the participants were reminded of how heart disease strikes. “One of the swimmers was Ivar Sisniega, a three-time Mexican pentathlon Olympian (1980, 1984, 1988). His younger brother in his mid-30s died unexpectedly two weeks ago from a heart attack. But what is even more tragic is that Ivar had another brother who died exactly one year ago to the day from the same problem.”