Skip to content
Previous Next
The Floating Tribe Around The Globe 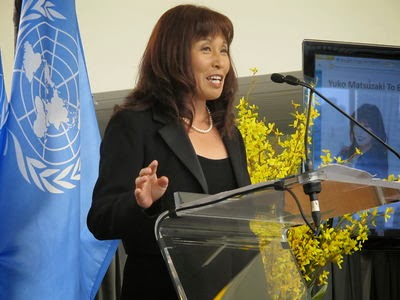 An Indian of blood and ancestry, Iyer was raised and educated in England, but has lived for decades in both Japan and the U.S.A. He is similar to the estimated 220 million individuals around the globe who live outside their country of origin.

Like New Yorker Ned Denison in Ireland or Tokyoite Yuko Matsuzaki in Florida, the members of the Floating Tribe represent the fifth largest population on the planet.

From the perspective of an open water swimmer, the feeling and the mindset goes even deeper. As swimmers like Denison become essentially one with Sandycove Island or Matsuzaki with Lake Cane, swimmers fundamentally identify not only with a piece of soul, but also with their home waterways of choice.

They can nearly literally close their eyes and describe in mundane detail every step, every mile from their home to their favorite swimming hole. And once on shore, they know specifically and instinctively what to expect given the temperatures and conditions. They know where the rocks lie under the water, where the currents are the strongest, where the cold spots exist.

They are comfortable and confident in their marine environment, a feeling that does not exist when they venture from home in less-familiar beaches, lakes and rivers. They identify with their home waters like Lynne Cox in Seal Beach (California) or Freda Streeter in Dover, Doug Woodring in Hong Kong, Theodore Yach in Cape Town, or Thomas Noblett in Windermere.

Photo of Yuko Matsuzaki at the United Nations by Skip Storch.