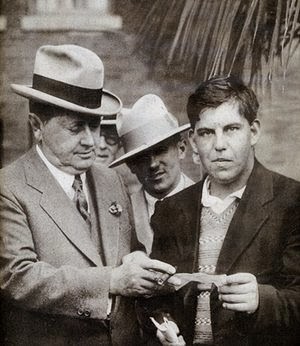 17-year-old George Young stroked into the annals of open water swimming history when he became the solo finisher of the 1927 Wrigley Ocean Marathon Swim, a 20.2-mile open water swimming competition across the Catalina Channel in 15 hours 44 minutes, winning the US$25,000 first prize offered by William Wrigley, Jr.

The Canadian’s accomplishments were recognized formally by the International Swimming Hall of Fame (ISHOF) as an Honor Open Water Pioneer Swimmer.

Young, a Toronto native who had won the Toronto Across the Bay swim numerous times, continued to swim after his Catalina Channel victory was voted as an Associate for Life in the International Professional Swimmers Association in New York City in 1927.

Young joined the pantheon of aquatic luminaries along with the following other open water swimmers: