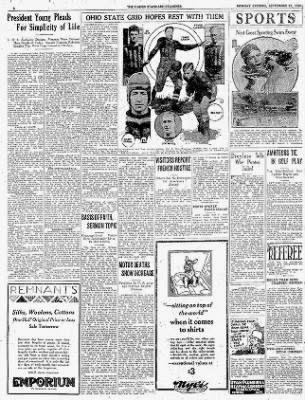 Jean McKensie was a Carpinteria, California teenager who swam from Santa Barbara to Carpinteria in December 1926. The 19-year-old started together with Marjorie Buffington and Zane Steenrod along the West Coast of California, but she was the only person to finish according to the Press-Courier in Oxnard, California.

Earlier that year, Steenrod made the first attempt to swim 26 miles from Santa Cruz Island to the California mainland. But he was pulled out after 5 hours.