Skip to content
Previous Next
Who Are The Heroes And Heroines Of The Open Water? 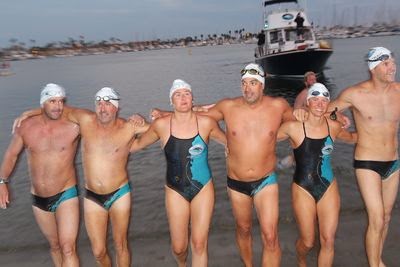 From what we can observe around the social media, buzz along the shoreline, and communications we receive, the heroes and heroines of the open water swimming community are a special and unique breed of athletes.

The elite athletes – those that win Olympic medals and world championships – are not the only role models within the open water swimming community. The trim, tone and talented athletes remain heroic for certain, but with the demographics of the open water gradually shifting to older generations, slower athletes, and less experienced people, the heroes and heroines are taking on a more “average” are getting into open water swimming and so many races are non-NGB-run and non-FINA races. 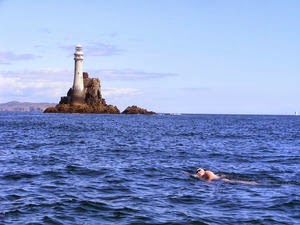 While the Olympics and world championships attract the most attention in the sporting media and general public, if you delve down into the grassroots of the open water world, the elites and competitive aspects of the sport are capturing a smaller piece of the overall mindset of the community.

FINA and NGBs are simply not part of these individual’s most frequent conversations, daily mindsets or personal interests.

There is a profound difference in the open water world.

Whereas in triathlons or other endurance sports, the fastest and most skilled athletes generally become the iconic heroes constantly in the news and on the speaking podium, the open water swimming seems to have a different set of heroes and heroines. They may not swim fast, but they can swim in very cold water. They may not be a national champion, but they can swim non-stop for days. They may not have a low body fat percentage, but when they speak in front of an audience, they motivate and inspire.

It is people like Stephen Redmond, Pat Gallant-Charette, and Anne Marie Ward who inspire. It is Penny Palfrey, Grace van der Byl, and Ram Barkai who create awe. It is the words of Donal Buckley, the videos of Leslie Thomas, and the photography of Mike Lewis that people enjoy, absorb and retweet. Ice swimming and people like Colin Hill generates more press than national team coaches or advanced training methodologies. It is groups like the Night Train Swimmers who raise millions of dollars for good causes and swimmers like Jamie Patrick who are the catalyst for massive social media buzz.

In essence, racing to win is much less important than participating to experience.

Perseverance outweighs the priority on medals. Courage is at least as admirable than records. Even failure is seen as heroic, especially when the dynamic elements of the open water combine to defeat the solo human.

This trend towards a focus and a celebration on the older swimmer and the slower athlete whose heroes and heroines are over 50 is where the sport seems to be heading. And the needs and desires and lifestyles of this new demographic is different than the younger, competitive racers typically celebrated by the sports-oriented media.

For example, nutrition is a major part of the elite athlete’s preparation. Balanced nutrition and supplements are vital elements of their overall preparation. But many people in the open water swimming world love to eat…including some foods that are not very good for them. Indulging in gastronomic feasts is seen as a joy of life; not something to avoid that throws off their training plan.

The everyday open water swimmer is not competing for gold or going after records. Rather, these athletes are participating for the pure joy and personal challenge that the open water offers. As a result, they love to see others who lead a similar lifestyle with a common mindset achieve extraordinary things.

These are increasingly the heroes and heroines of the open water world.