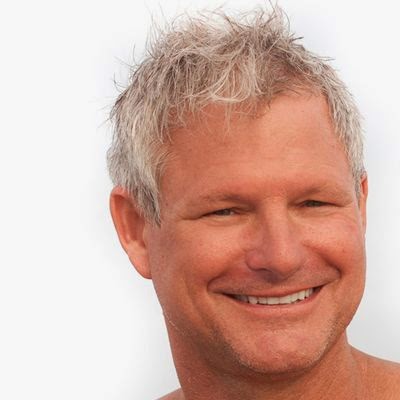 James Kelgey, an Honour Swimmer in the International Marathon Swimming Hall of Fame and a prolific professional marathon swimmer who raced on 5 continents, recalls the days when he visited Egypt for a series of professional races.

“Back in 1981 when the Internet didn’t exist, making a phone call back to the United States [from overseas] might require 2 hours of lots of patience…on a good day.

That year, I raced in Egypt, it was kind of eventful
,” he explains in an understatement.

“For a start, I wasn’t sure how to approach Egypt. It such a foreign place at the time. We stayed in El Nil hotel and practiced at a pool that we had to walk 40 minutes each way through the busy streets of Cairo. Then on race day, we took a bus to Port Said and did the swim there. I recall is a lot of large ships were anchored and spewing stuff from their bow and my trainer saying dolphins were swimming along the way.

Back in Cairo after the race, Sultan Kigab, a swimmer from the Sudan and a real showman, came running into the lobby screaming, ‘KIGLY KIGLEY…[Muhammad Anwar El] Sadat [the third President of Egypt from 1970 to 1981], he’s been shot!’ He told me to look outside. There were army trucks full of soldiers whirling past in the streets. We walked up to the hospital which was surrounded by armored vehicles and sandbagged by army trucks until they had it all stabilized and then Sadat was announced dead when Mubarek, his second in command, had the place firmly in his grasp. The country went into mourning and the streets of Cairo were quiet as a winter morning, shops shuttered, and no cars were out at all.

Of course, the second race was cancelled and the Egyptian organizers gave us some Egyptian pounds to compensate. They split the purse evenly, but we had to find a place on the black market to exchange them for dollars as it wasn’t allowed at the banks. Claudio Plit found us a guy in an abandoned building to take our pounds and enhance them for dollars. The guy had a stack of crisp 100 dollar bills in serial number order. I was somewhat concerned about their legitimacy, but one doesn’t challenge a guy in an abandoned building in Cairo with a stack of unused bills. They worked later on.

We walked the streets of a noiseless, carless Cairo the next day which I knew was a unique experience. From there, I took a shared taxi crammed with families and went to Hurgada on the Red Sea. I travelled to Hurgada to go snorkeling in the Red Sea since I had time and my ticket didn’t leave for a week. I also went to Luxor and was a great tourist for a week. We didn’t travel under the auspices of USA Swimming at the time so it was pretty much a solo affair and we were on our own at that point.

[Abdul Latif] Abou Heif, the great Egyptian marathon swimmer from the 1960s, gave me and my trainer an extra house he had to stay in while still in Cairo. It was awesome; he was a great host forcing us to eat constantly. He took us to the National Club or Presidential club, I can’t recall, to swim.

I was amazed at how peaceful the transition was. But then again, I was not there to capture history, but to swim into an adventure which I found.