Skip to content
Previous Next
Olympian Duel In Fort Myers 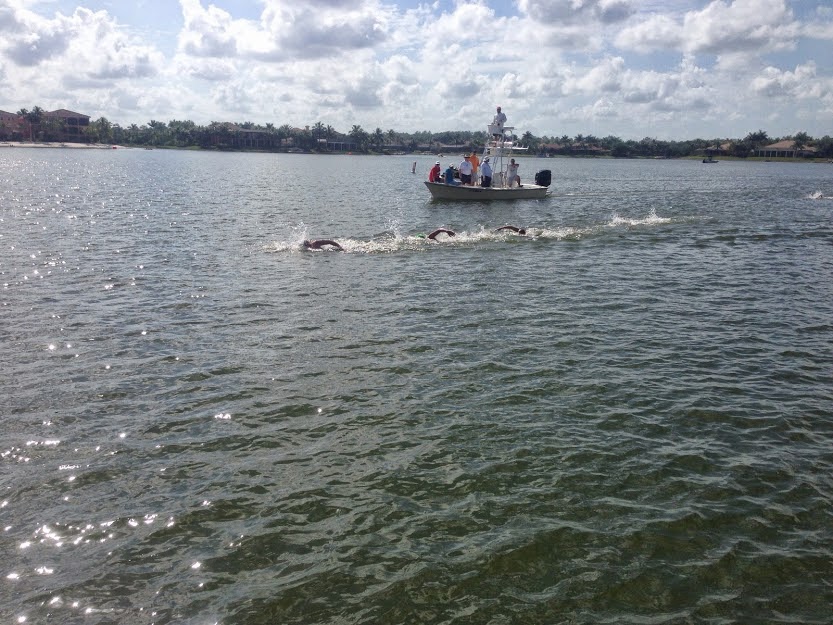 Richard Weinberger had already earned his spot at the Pan Pacific Swimming Championships at the FINA 10K Marathon Swimming World Cup last week in Cancun, so he had other business to address.

A nice duel in Miromar Lakes shaped up, but it was America’s Alex Meyer who won the gold medal on his home turf in 1:52:47 to Weinberger’s 1:53:22 and Germany’s Andreas Waschburger in 1:53:30. Instead of stalking his prey as he normally does, Weinberger led most of the way in Florida. But he could never build a comfortable gap on the lead pack and acknowledged Meyer’s finish kick and overall race strategy.

“It’s not just the speed and strengths, but the smarts, too,” said Canada’s bronze medalist about his American rival. “He knows there’s one side I like to breathe on so he gets on the other side so I can’t see him.”

Meyer, using his Harvard smarts, said he had mini plans throughout the race and caught up to the leader in stages. “I swam up to Andreas with five minutes to go and then I pulled up to Richard on the side. I could feel Andreas on my feet.”