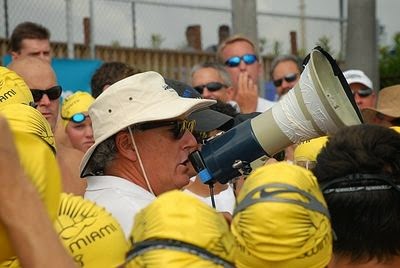 Paragon (noun): a person regarded as a perfect example of a particular quality.

Cassidy will be presented with his well-deserved award on June 13th at a special ceremony at the 50th Annual International Swimming Hall of Fame Honoree Weekend in Fort Lauderdale, Florida. “Pentair is honored to be associated with the International Swimming Hall of Fame and to recognize leaders in the aquatic industry who play a prominent role in the promotion of swimming,” said Jim Drozdowski, Institutional Aquatics Sales Manager for Pentair Aquatic Systems, sponsors of the Paragon Awards.

“The annual Paragon Awards bring some of the most interesting and fascinating people each year to the Hall of Fame,” said International Swimming Hall of Fame President and CEO Bruce Wigo. “These are the unsung heroes who make competitive and recreational aquatics possible, who save lives, who promote water safety and further aquatic education.”

Cassidy is one of the long-time globally acknowledged leaders and visionaries of the sport of open water swimming. He has received the highest accolades from USA Swimming and served as the Chairman of the FINA Technical Open Water Swimming Committee. From his days as a professional marathon swimmer and coach/athlete in the long-standing English Channel relay to his four decades of working behind the scenes, on pool decks, and along shorelines around the world, Cassidy has been the epitome of a selfless, passionate athlete, national team coach, amateur and professional race director, promoter, USA Swimming administrator, FINA referee, and sought-after lecturer.