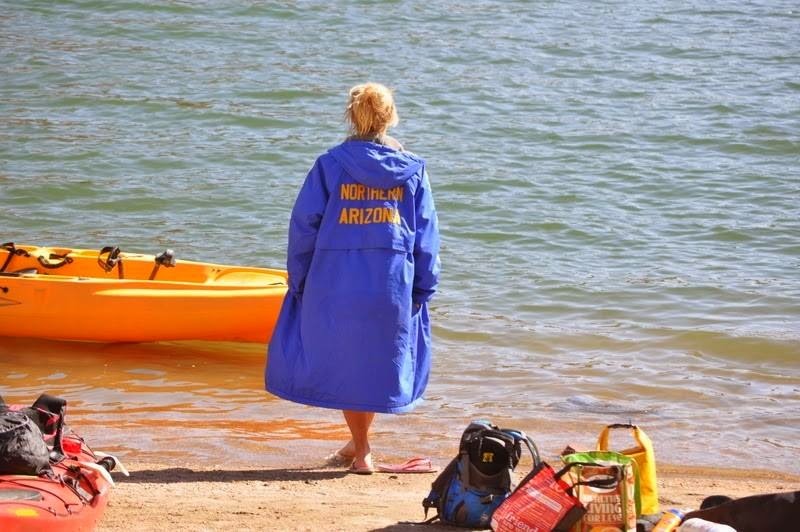 Kristin Jones of Alaska nearly equaled Van der Byl’s four-peat this year. The Alaska native talks about the adventure in her adopted state of Arizona.

Daily News of Open Water Swimming: Most swimmers do not race S.C.A.R.; they participate in order to finish. But you are a competitor and fundraiser. Was your goal to win all four legs?

Kristin Jones: I had planned to compete here, but I also had worries about the cold and simply being able to finish. I was playing it by ear – if I felt great I’d go for it. For the last 45-60 minutes of each day, I was able to get moving, but not enough to really go for it as much as I would’ve liked. But by the end of Roosevelt Lake, my arms were moving faster than I think they’ve ever moved – just so I could stay warm enough to finish. It was cold, windy, long and hard – great fun.

Daily News of Open Water Swimming: How much money did you raise on this swim? 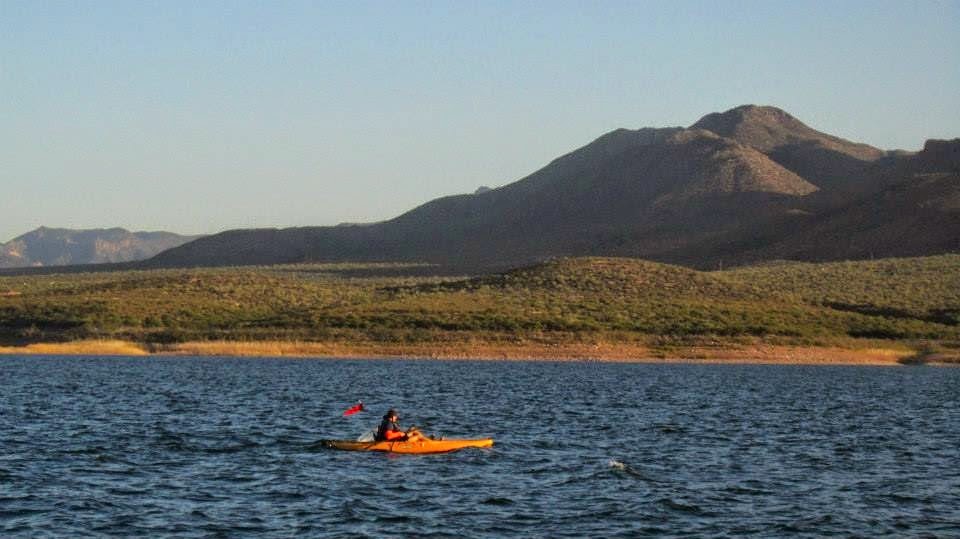 Daily News of Open Water Swimming: In Saguaro Lake on the first day, Isabell Whited finished in front of you in 3 hours 11 minutes. Did you have some jet lag from Alaska?

Kristin Jones: No jet lag from Alaska as I’m living in Flagstaff, Arizona. But I’ll admit, the cold shocked me. I wasn’t prepared for it. I wish I would have done more training for it.

Daily News of Open Water Swimming: In Canyon Lake on the second day, Lisa DeLaurentis finished ahead of you swimming in a wetsuit, but you finished far ahead of the fastest man. How was that swim?

Kristin Jones: Canyon Lake was the coldest day. It was tough for the first two hours, but after awhile I finally warmed up. The finish was awesome – Darren Miller helped bring me in to the finish along with my kayaker Neil van der Byl.

Daily News of Open Water Swimming: In Apache Lake on the third day, you really shined in the longest swim of the event. 17 miles in 6 hours 17 minutes, nearly an hour faster than the top man. That is flying especially after the first 2 legs. How did you feel?

Kristin Jones: The Apache Swim had been a worry of mine for awhile. But in the morning, I decided to dedicate it to my family and that was really the driving force that kept me going strong throughout the swim. I was also mentally prepared for it to take about 6 hours so I was ready for that part of it. I felt especially happy after this swim because I fought pretty tough conditions, but never once felt like quitting. The cold was honestly the toughest part and that would’ve been the only thing that could’ve kept me from finishing. 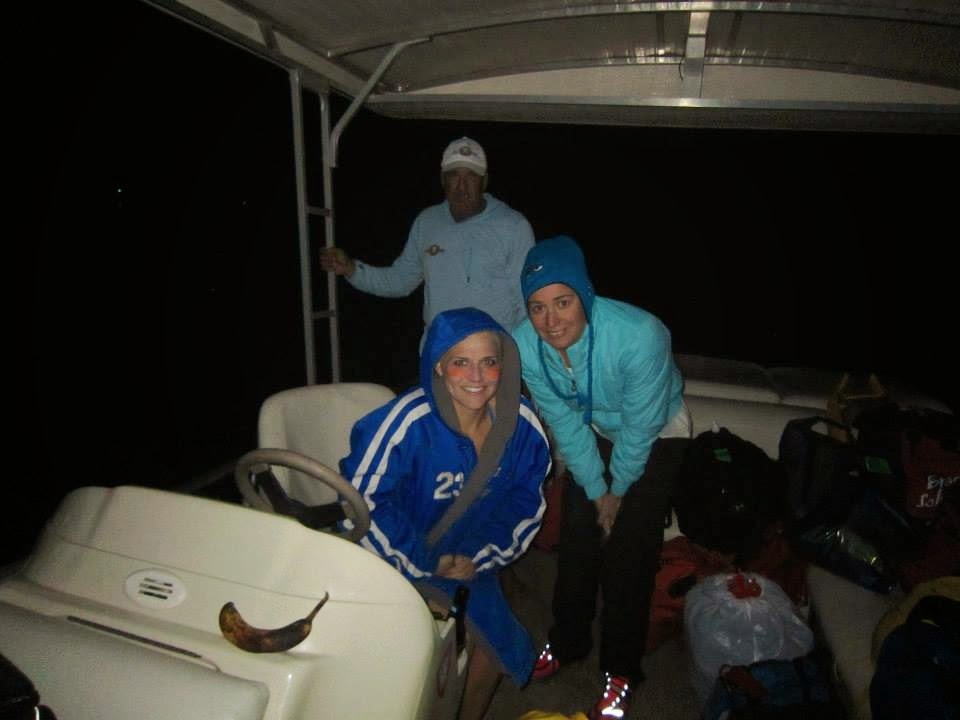 Daily News of Open Water Swimming: In Roosevelt Lake on the fourth day, you had another battle with Lisa DeLaurentis, but you finished ahead of all the men. How was swimming at night?

Kristin Jones: This was the toughest swim mentally for me – my body ached and my joints hurt. I was tired of being cold and fighting the wind, and the swim took about 30 minutes longer than I had hoped it would. I was really ready to see the finisher buoy. The night aspect was neat. I started to focus just on my kayakers glow sticks and just kept stroking trying to teach the dam.

Daily News of Open Water Swimming: What is your next swim?

Kristin Jones: My next planned swim isn’t planned yet. I’m in a limbo right now and trying to focus on some other aspects of life. Tentatively, I’ll be doing the Canyon Lake Swim which is part 3 of the Arizona Open Water Series. Hopefully, I will swim Pennock Island Challenge in Ketchikan, Alaska this August.