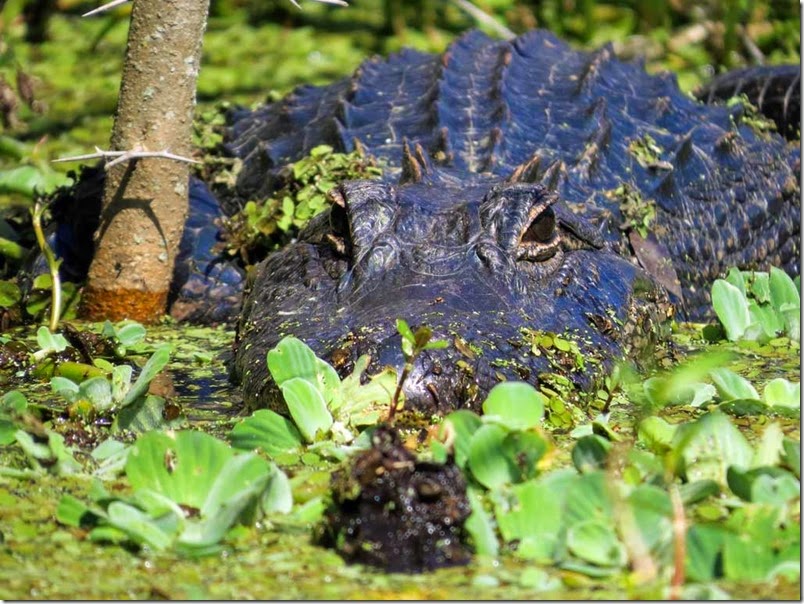 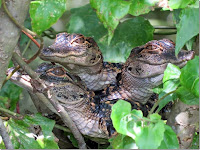 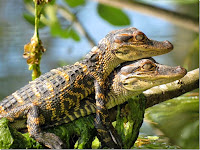 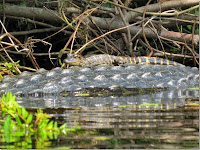 Bob Luce crossed the Maui Channel in May 1977 together with Bob Justman and Judy Collins in 6 hours 30 minutes. “I will say that the Maui Channel swim cured me of long distance swimming. I do swim 45 minutes ever day now though, but in a pool.

The only two days I don’t swim, I am kayaking on the Hillsborough River [in western Florida], removing trash and taking wildlife photos.”

His close-up photos of the wildlife on the Hillsborough River are wonderful.

“What really draws me to the river is the wildlife. I am shadowed by large alligators in the river sometimes because people have been feeding them. A slap of my paddle sends them away though. I have never had an incident with a gator.”

The photo above shows Big Daddy.

“I snuck up on him basking on an islet in the middle of the river. Nearby residents at an apartment complex frequently fed him until someone actually dropped a rope around his neck, trapping him. The Florida Wildlife Commission was called and
had him killed last October. Sadly I was on a different part of the river that week. I paddled side-by-side with Big Daddy. He was 12 feet long, but never displayed aggression towards me.”