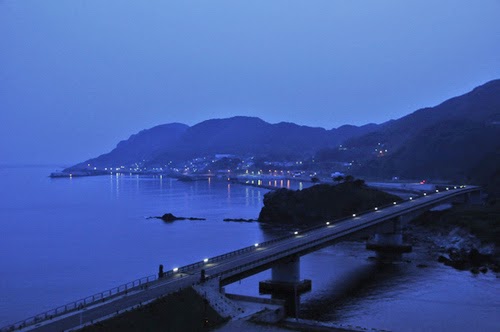 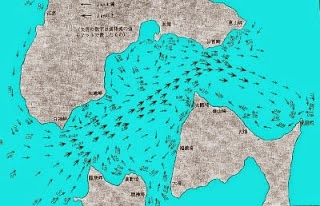 Stephen Redmond made the Tsugaru Channel famous with his indomitable channel attempts in 2012, but one of the shortest Oceans Seven channels is also one of the toughest.

Its difficulty is largely due to its position between the Sea of Japan and the Pacific Ocean.

The channel functions like a water tunnel whipped up by winds and shrouded in fog that causes all kinds of problems for swimmers when they attempt to cross the Tsugaru Current. Eddies that relentlessly swirl due to the jigsaw pattern of the coastlines of Honshu (in the south) and Hokkaido (in the north) add to the challenge.

The Tsugaru Channel is usually extremely choppy due to strong winds from Hokkaido that often run into an oncoming Tsugaru Current that flows from west to east. As the swim date approaches, it is best to increase the amount of time that you train in turbulent conditions. This generally means that a swimmer train in their nearby ocean, sea or lake during the late afternoon, spending as much time as possible getting battered by the whitecaps. The more than a swimmer can get acclimated to swimming in extreme turbulence at home, the better off they will be prepared for the Tsugaru Channel in Japan. If possible, they can augment turbulence training with core work, trying to increase their abdominal strength. If the swimmer has limited time for dry land training, it is recommended to spend as much time improving their core strength over other muscle groups because maintaining balance and trying to keep a straight hand path in the water while being tossed about in the turbulence requires a strong core.

Other than very fast swimmers who wish to start from the more turbulent Tappi Misaki Cape, most swimmers start at Benten Cape off the small village of Kodomari on the far western side of Aomori Prefecture [shown above]. Swimmers generally leave their hotel and meet their escort pilots like Captain Mizushima at the docks between 2-3 am. Then they will boat out to the start that will take another 1.5 to 2 hours depending on the conditions. The sun will just come over the horizon when they jump from the boat, but the water will still be an inky black. Of course, if there is a full moon, then the water will have that magical evening glow to it. Depending on how their swim goes, they may also finish after sunset. Therefore, part of the preparations for the Tsugaru Channel should be done in low-light conditions (pre-dawn or post-dusk) so the swimmer is comfortable swimming at night. Swimmers should also know where and how to place glow sticks or some kind of illumination of their swim cap or goggles.

In the pool, while swimmers do their long training sets, they should occasionally throw in sets where they must significantly pick up their speed. Swimmers will most likely hit eddies as you approach Shirakami Cape on the Hokkaido coast of the Tsugaru Channel. These eddies can literally push swimmers east or west or south despite their target of a direct north. They have a choice to either continue swimming at their same pace while being completely pushed off course, or they can attempt to significantly pick up their speed in an attempt to overcome the push of the eddies. Swimmers must train themselves to do this. It is not easy. So, if they do a set of 8 x 1000 or 6 x 1500 in a pool on a certain interval, try to do a fast-paced 500 between the third, fifth and last swim on a much faster interval. For example, if they swim 8 x 1000 at a 12:00 interval (1:30 pace per 100m), swimmers can try to add in 3 extra 500s between the 3rd and 4th 1000, between the 6th and 7th 1000, and after the 8th 1000 where they try to maintain a 1:20 pace per 100m for those 500s.

Swimmers know to get accustomed to their favorite drinks and foods during their pool and ocean training. They learn what works best for themselves. Practice hydrating and fueling quickly. Because the speed of the currents and eddies can be fast, every minutes spent treading vertically in the water can result in much more time in the water.

There is no industry other than fishing in the Tsugaru Channel area. So the water is remarkably clean…and filled with marine life. Expect to run into jellyfish, squid, sharks, and perhaps a few dolphins. The jellyfish stings will not be debilitating, but irritating to say the least. The squid may be nowhere to be seen during the day or may be everywhere at night. The sharks which feed on the schools of tuna are not interested in a slow-moving human swimming next to a diesel-spewing escort boat going in an out of gear, but they may be curious. Because the water clarity enable swimmers to see quite deeply in the royal blue water, the swimmer may see things swimming deep below that the escort crew and pilot may not see.

Frequent conditions in the Tsugaru Channel, called the English Channel of the Far East: