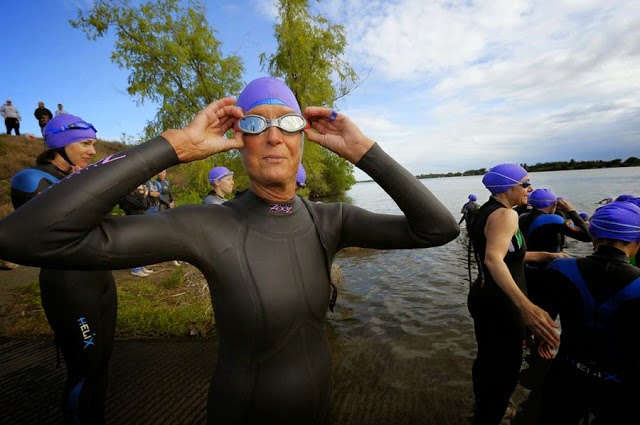 Madonna Buder, known as Sister Madonna or the Iron Nun, is an 83-year-old Roman Catholic nun from Spokane, Washington who will be inducted in the USA Triathlon Hall of Fame on June 26th in Chicago.

Sister Madonna authored The Grace to Race: The Wisdom and Inspiration of the 80-Year-Old World Champion Triathlete.

She has won 11 U.S. national age-group triathlon titles, including eight at the Olympic-distance race at USA Triathlon Age Group Nationals. She is also a 16-time world champion and has captured 12 age-group victories at the Ironman World Championship in Hawaii. With more than 340 triathlons to her name, she talks about her lifestyle and sport: