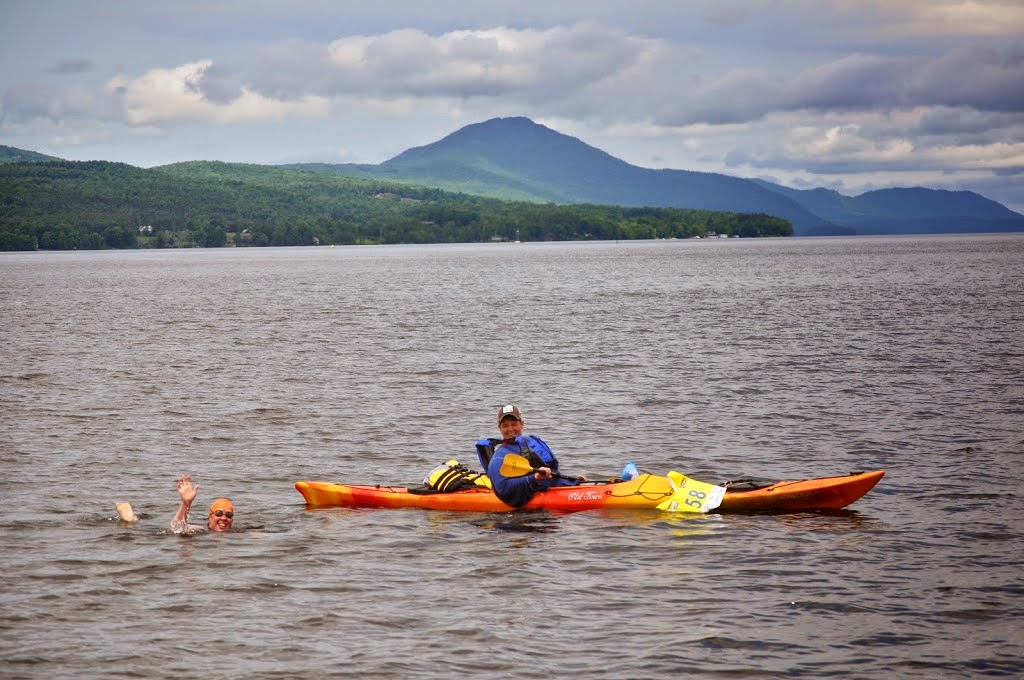 The Son of a Swim, the traditional kick-off held on the opening day of the open water swimming season in the Northeast Kingdom of Vermont and the Eastern Townships of Quebec, welcomed swimmers from across the northeastern region of the United States.

The swimmers included the usual mix of homo sapiens as well as the canine variety including Guri Bosch, the 3-year-old chocolate Labrador from Wallingford, Vermont who is the first dog to make a verified crossing of the 5-mile Lake Willoughby in 2013.

Son of a Swim offered courses of 2, 4, and 6 miles on Lake Memphremagog. The race is designed as a qualification swim for the Kingdom Swim in July. Four swimmers completed their personal bests, swimming in 59°F waters under a light drizzle for most of the morning. 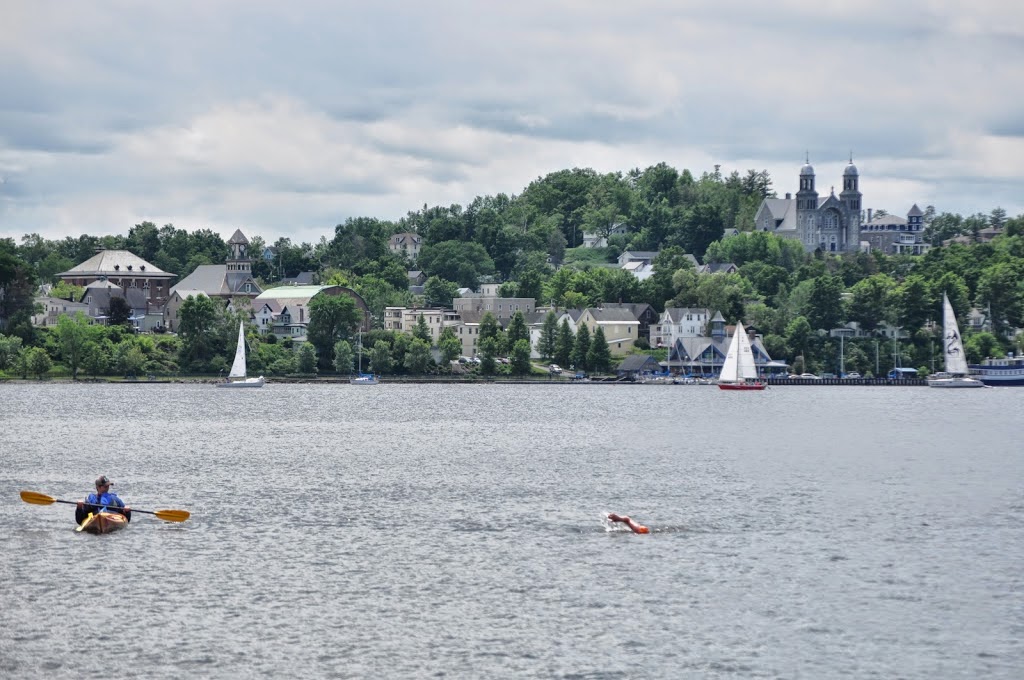 Bethany Bosch accompanied her labrador Guri as they both got in decent training swims. Bosch is training for an attempt to cross the English Channel.

60-year-old Sue-Ellen Boorer of Warren, Vermont did the 2-mile swim as one of a growing group of NEKOWSA Season Pass Holders, taking advantage of the expanding offerings of lake swims throughout the summer. Similarly, 58-year-old Paula Yankouskas of Hyde Park, Vermont is another NEKOWSA Season Pass Holder who is transitioning from a neoprene athlete to bioprene swimmer as her next goal is the 25-mile In Search of Memphre marathon swim.

Son of a Swim is offered especially to help those who need to complete a particular distance to qualify for Kingdom Swim in July. The swim was split to two days, one on June 14th and another on June 21st. It is one of 15 days of open water swims hosted by Kingdom Games and the Northeast Kingdom Open Water Swimming Association in the legendary lakes of northern Vermont and the Eastern Townships of Quebec.