Skip to content
Previous Next
Swimming Comfortably In Uncomfortable Conditions 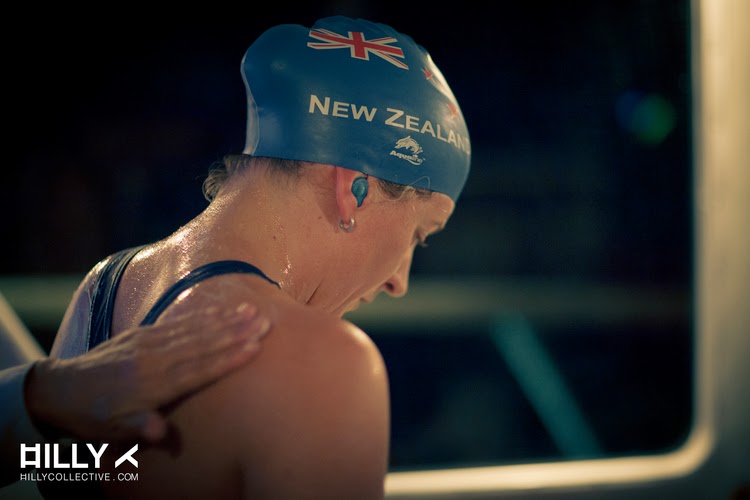 Every channel swim – and certainly every channel of the Oceans Seven – is an unpredictable adventure where the dynamics of the oceans are always in flux.

A swimmer cannot predict what the currents and winds will be out in the Cook Strait. The window of opportunity is completely unpredictable in the North Channel. It is the toss of the dice when trying to figure out what will happen in the Molokai Channel. It is anyone’s guess what the conditions will be in Dover as swimmers gaze towards France. Which way will the winds blow in the Strait of Gibraltar and what marine life will be encountered in the Catalina Channel.

Fate and time will tell, but only when one is in the moment.

The same is true whether you are swimming in the Waikiki Roughwater Swim in Hawaii, the Great North Swim in Windermere, or the Cole Classic in Australia.

We just cannot know precisely what air and water conditions we will encounter in the open water on any particular day. And so experienced open water swimmers prepare for every and all conditions. They expect turbulence and hope for tranquility. They prepare for cold water and enjoy the warmth.

But what happens when everything involving a swim is unknowing and unfamiliar? How does a swimmer prepare for something so foreign and so exotic that they are constantly taken out of their comfort zone?

The short answer: they just go with the flow and enjoy the ride.

For swimmers from the Americas, Africa, and Europe, the experience of competing in swims in China, Japan, and Korea can be a truly unusual experience. The language – both written and verbal – is completely different as are the customs, foods, traditions, and expectations. For marathon swimmers who attempt the Tsugaru Channel, they are into for a complete surprise where they are taken out of their comfort zone from the time they touch down in Tokyo until the time they return home.

After the swimmers land in Narita Airport, they are whisked off to the center of Tokyo in a comfortable train where they are in the middle of a massive, modern megalopolis of 20 million Japanese. Then it is off to northern Japan in an ultramodern bullet train where the countryside of rice paddles and small hamlets flies by like a view from a low-flying airplane. They get off in the city of Aomori and then must make their way to one of the most remote peninsulas in Japan: Tappi Misaki where fast food and meat dishes are as rare as blondes and skyscrapers.

While the Japanese in the area are as gracious hosts as can be, the communication gap presents an obstacle that must be overcome. Fortunately, body language, Google Translator, and good ol’ pen and paper can help the swimmers, local crew, and pilots understand one another.

While the Japanese food is as healthy and nutritious as can be, a breakfast of fish, miso, rice and products from the sea may be unfamiliar to swimmers who prefers eggs and bacon. A soup with clams inside or stewed parts of tentacles or a combination of squid and seaweed may be less appealing than a turkey sandwich or steak with potatoes. As Stephen Redmond found out, lots and lots of white bread is one alternative to the traditional Japanese diet for an Irishman.

While the difficulty in crossing North Channel, Molokai Channel, and Cook Strait are well-documented, the relatively short (19.5 km) distance between Honshu and Hokkaido is deceptively challenging. The geographic layout of the shoreline creates massive eddies that swirl in dynamically shifting, always unpredictable patterns. With the sea level of the Pacific Ocean lower than the Sea of Japan, the massive flow of water via the Tsugaru Current through the Tsugaru Channel – the conduit between the Pacific Ocean and Sea of Japan – adds another puzzle to the enigma known to swimmers as the Tsugaru Channel.

Swimmers are advised, “Don’t look up and ask how far to swim – for the answer (1 km) may not be indicative of the difficulty of swimming 1 km through a swirling eddy pushing you back to the start. Just keep on swimming.”

It is a foreign land, but just keep on swimming to get to the other shore.

This is precisely what Kim Chambers does so well on all her ocean swims. Chambers who is attempting her sixth Oceans Seven swim in the Tsugaru Channel next month and explains her anticipation here. She eloquently describes her thought process, “The anticipation of an aquatic adventure is one of my favorite dimensions of the entire journey. It is during this time, usually one month from the next swim, that an awareness of the impending physical and mental demands begin to materialize…read more here.

Photo of Kimberley Chambers by Brett Hillyard of Hilly Collective.