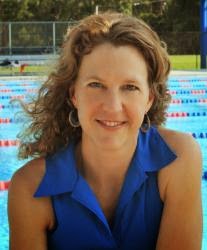 One of the most prolific writers and influential publishers in the swimming world, Laura Hamel, clearly does what she writes about: enjoy masters swimming and open water swimming. She and her son, Dirk Hamel, won the 2.4-mile Race For The Conch Eco-SeaSwim in Turks & Caicos last week.

For more information on the Atlantic Ocean gem, visit www.ecoseaswim.com.