Skip to content
Previous Next
Cindy Nicholas, The Epitome Of Brains, Beauty And Brawn 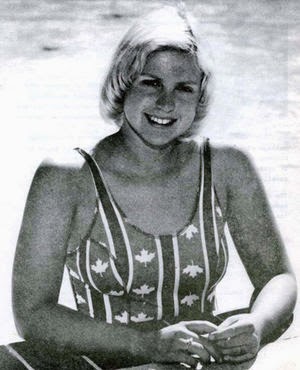 One of the greatest marathon swimmers in history, Canadian Cindy Nicholas, is a barrister and solicitor in Scarborough, Ontario.

“I no longer do long distance swimming, but I still try to swim two miles a day in the summer and maybe 8 miles a week during the winter. And I have put swimming in Loch Lomand on my bucket list.”

Nicholas was Queen of the Channel® between 1978 – 1992 for having the most successful crossings of the English Channel than any other woman. She is an inductee in the International Swimming Hall of Fame in 2005 and the Honour Swimmer in the International Marathon Swimming Hall of Fame. She is also a former politician and served in the Legislative Assembly of Ontario as a Liberal from 1987 to 1990.

At the age of 16 she attained fame by swimming across Lake Ontario in 15 hours 10 minutes. She would later swim across the English Channel a total of 19 times including the first two way crossing by a woman. She went on to complete a record 5 two-way crossings including 2 in one year. She was made a Member of the Order of Canada in 1979 and in 1993, she was inducted into Canada’s Sports Hall of Fame.