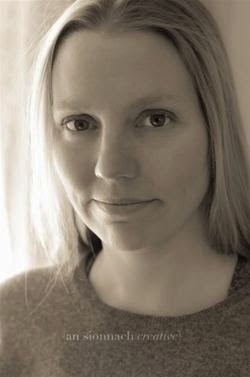 Courtesy of Katie Benoit, recently emerged from the North Channel.

The sport of open water swimming is inherently risky. There is always a possibility that one’s goals will not be achieved due to the tempestuous Mother Nature in the form of winds and tides or marine life in the form of gelatinous invertebrates.

While the social media enables successes to be widely and immediately distributed among the open water swimming community, family and friends, failures – or rather non-finishes – are not a commonly shared.

But there is no shame in a non-finish in the dynamic venues of channels, lakes, rivers, seas and oceans. Some swimmers get lucky with smooth, tolerable conditions and others get the short end of the stick with impassible, intolerable conditions.

Even success in one channel – even the Molokai Channel or English Channel – does not guarantee success in another location.

But learning from and accepting a non-finish is an important part of the sport. For some, it spells the end of a career. But for many more, it is just part of the challenge and process in maturing in the sport.

Katie Benoit, a police officer from Colorado with a track record of heroism on terra firma, is en route to the Oceans Seven. But like Stephen Redmond, Michelle Macy and Anna-Carin Nordin before her, the road to the Oceans Seven is not always smooth with success.

She talks frankly about her recent bout in the North Channel:

“This is a side of open water swimming I have not experienced yet. Of course, in our sport there are no guarantees. We don’t control the tides, the storms, the lighting. I know that every time I leave on a swim trip I may not get to swim or I may get pulled from the water if conditions get unsafe. But I always held the firm belief that mentally, if just given good enough conditions, I can suffer through anything.

As we set out into the North Channel this past Sunday conditions were good. The water unusually warm at 15ºC (59ºF), and the air temperature a cloudy and foggy 60ºF. The plan was to start strong to catch a favorable tide. I had a strong first two hours. The size of the dreaded Lion’s mane jellyfish underneath me was impressive, most of them about 8-10 ft. Lucky for me they remained low enough. We also had a humpback whale pay as a visit and swim within a few feet behind the boat. Thank heaven I didn’t see it. The crew got some great pictures.

Everything seemed to be going ideal. It seemed to me the temperature dropped as we reached the middle of the channel, even though the measurements from the boat indicated steady 15ºC. My pace dropped a little and I began experiencing cramps in my hip flexors and neck. With the pace slowly dwindling the cold began setting in more. Attempts to stretch lead to more cramps and had to be abandoned. So I just kept on swimming.

One thing the mind can’t control is how hypothermia will take your mind. About 4 hours into the swim things got hazy. I recall trying to sing a song, any song in my mind, but could not recall any. I recall feeling stiff and not able to move well. My husband tells me he had to yell at me to communicate and it seemed like I didn’t understand what he was telling me. About 6 hours in I first said the words, the words I never said in my element before – “I want out”. Of course, any good crew won’t let you.

Attempts to deliver hot feeds more often (every 20 instead of 30 minutes) were made. I had difficulty holding my cup. I was told I dropped the cup into the salt water (don’t remember). I do remember drinking something very salty. I yelled at my crew why they had put salt in my drink? Yelled at them what they put in my drink…I recall thinking how did I take something I loved as much as swimming and turned it into this hell. And at some point I knew. I looked up at the coast of Scotland in sight and I knew I didn’t have that much time left. 4 hours away while I was fighting for minutes. I did not want to be in that much pain anymore.”

So her swim was over.

But then a renewed mindset overcame her.

“Once on the boat an hour of very painful hip flexor cramps followed, then slowly got better. The days after were hard and I have been struggling to come to peace with my decision. I have many swimming goals left. The Oceans Seven only one of them. I will likely return to Ireland, but don’t know when yet. I want to do some really long swims, in climates that suit my leaner body type better. I love Hawaii and Florida, and will pick my next challenge somewhere warmer. The next goal is the 42-mile course length wise crossing of the German lake Bodensee in early September. I could really need a success now, but all I can do is take it one day at a time.”