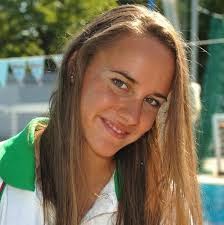 Anna Olasz has been busy studying at Arizona State University in America, but when the native Hungarian returned home to Europe for her summer vacation, she was busy as can be.

From winning the BCT Gdynia Marathon to finishing fifth in the 10 km and second in the 25 km at the 32nd LEN European Swimming Championships, Olasz is making the most of her return to Europe.

“Anna was the best of the best,” says Paulina Olczyk of the overall victor of the race between the Hel Peninsula and the city of Gdynia in Poland.

“She won the whole race. And I must say we’re all proud of Krzysztof Pielowski – he’s been competing in our race for 3 years, he took part in every race we had organized, so we’re glad he’s the one who won in men’s category.”

The results from Poland’s 2014 Results: