Skip to content
Previous Next
Beyond Avalon Unexpectedly Stopped By Sharks 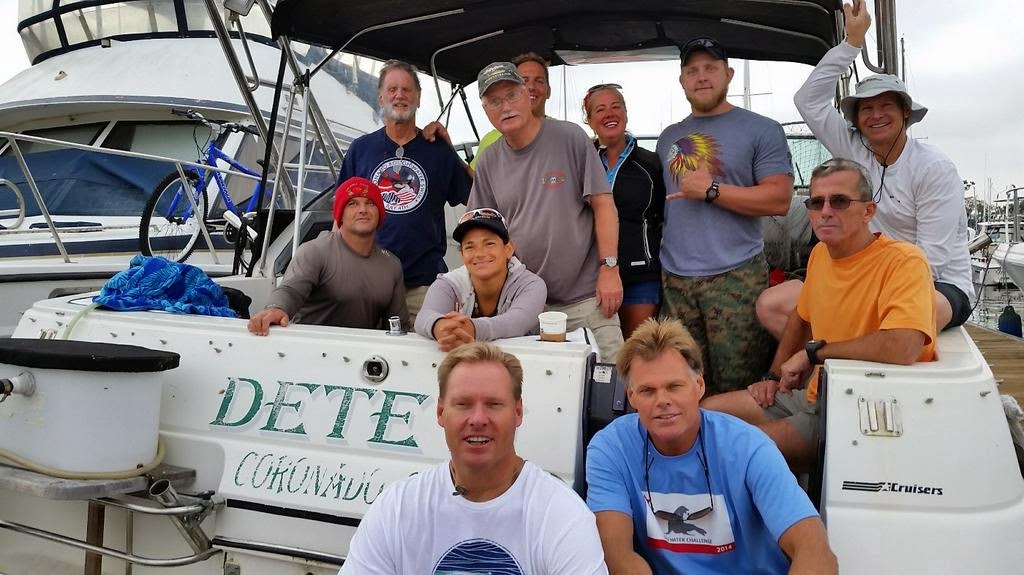 Beyond Avalon was prepared for anything and everything in their unprecedented 76-mile (122 km) relay attempt from Santa Catalina Island to La Jolla Cove near San Diego.

But 40 miles into the swim, they had to unexpectedly call the swim.

They really had no choice.

Penny Nagel explains, “After the first three mako sharks and a Great White shark when we resumed swimming and made it through two more leg, another mako shark swam up on our swimmer. The team decided to abort.

This one was fast and swimming up right behind swimmer when spotters saw him and yelled. After the first few encounters, we were all on point with kayakers only two feet off swimmer, he made it onto kayak, but [the shark] hung around.”

“We are feeling very disappointed right now. I tend to think with the extremely favorable conditions out here this year have made swimmer in these waters more desirable to others at the top of the food chains,” said Nagel.

For more information on the Beyond Avalon’s charity swim on behalf of the Warrior Foundation, visit here.