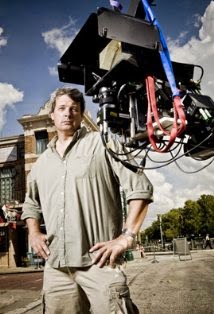 Doug Stanley, one of the most innovative and creative filmmakers in the world today, will bring another swimmer’s exploits to the larger community.

Stanley is the founder Ridgeline Entertainment and is known for the popular program Deadliest Catch and a variety of other American television concepts and programs – several that require filming at sea.

Stanley previously worked with Ben Lecomte (The Longest Swim in the Pacific Ocean) and Jamie Patrick (The Great Lake Swim in Lake Michigan) using the SmackDab platform on Facebook.

With a 24-7 feed generated from sea, Stanley will broadcast Ben Hooper‘s stage swim attempt of 2,000 miles from Dakar Harbour in Senegal in western Africa, across the Atlantic Ocean to his expected finish in Natal in northeastern Brazil.

Viewers around the world will be able to see Hooper swim twice a day for up to 3 months via the SmackDab. It will be a reality show like no other.

Due to the expected 1-7 knot currents, there will undoubtedly be a lot of backtracking of Hooper’s escort boat where he will sleep, rest, eat and interact with SmackDab followers. But slowly and surely over the course of 2-3 months, Stanley will be able to bring Hooper’s 3,210,000-meter freestyle attempt to a worldwide audience via an innovative social media platform.

As Hooper describes on his website here (www.swimthebigblue.com), the target is up to an English Channel swim distance every day.

In front of a worldwide audience.

One swimmer. One ocean.