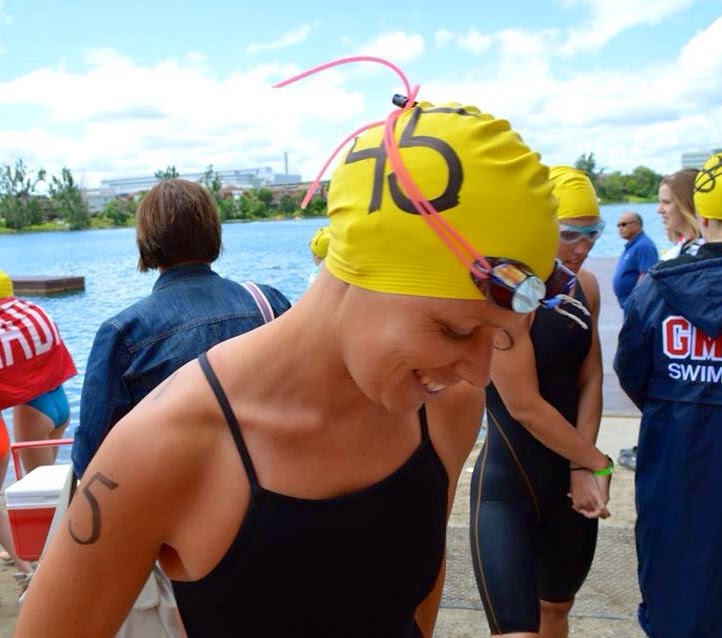 Hannah Fraser is planning on a Big Swim, a charity swim organized by Give to Live Foundation.

Her goal is to cross the Northumberland Strait, a 12.7 km swim from Cape Tormentine in the province of New Brunswick to Borden- Carleton, Prince Edward Island in Canada on August 17th.

The Northumberland Strait is a tidal water body between Prince Edward Island and the coast of eastern New Brunswick and northern Nova Scotia. The strait is 68 meters deep at its eastern end, but less than 20 meters over a large central area. The generally shallow depth causes strong tidal currents, water turbulence and a high concentration of suspended red silt and clay.

The Strait’s shallow depths creates warm water temperatures in the summer months, typically between 18-22ºC. Conversely, during the months between December and April, sea ice typically covers the entire Strait and the Gulf of St. Lawrence where there are jellyfish, seals, porpoises, dolphins, lobsters and crabs.

This charity swim started in 2011 by the Give to Live Foundation. Over the past three years, 49 swimmers have participated and have raised $250,000. This year’s swim is raising funds for Camp Brigadoon, a camp in Nova Scotia for kids with chronic disease and disabilities.

Fraser, a former swimmer at Dalhousie University, is an all-around athlete. She completed the Boston Marathon earlier this year and has switched gears to train for this open water event. “Hannah has a superior aerobic base from running, but that only leaves her 3 months of swim training time. Going from minimal masters swimming and marathon running to distance swim training and completing this marathon swim in unpredictable water will be a challenging task,” says Pam Lazzarotto, a local open water swimming coach. “They hope to raise $150,000 for Camp Brigadoon which is the cost to send 150 kids to camp.

The level of swimmers in The Big Swim varies from swimmers with competitive and open water backgrounds to fitness swimmers. But all are dedicated to the cause. “I’m looking forward to the personal challenge and I’m delighted to be swimming with 49 other brave individuals, while raising funds for Camp Brigadoon. The positivity is very contagious. It’s been a really exciting spring and I think that will continue to build as the Big Swim gets closer,” says Fraser.