Skip to content
Previous Next
Seven Swims In The Seven Seas – 1 Reason, 2 Down 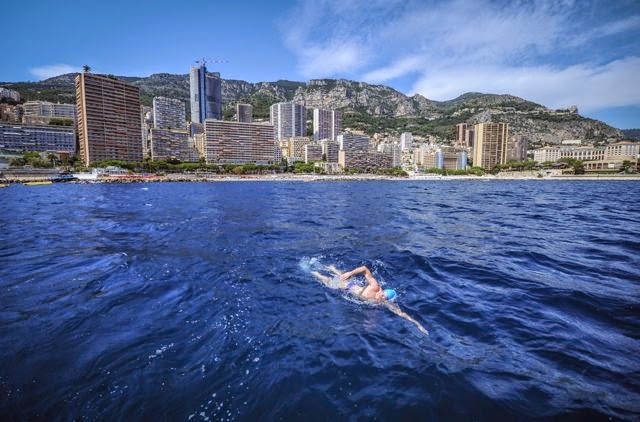 Photos are courtesy of Kelvin Trautman.

Nobel Peace Prize laureate Archbishop Desmond Tutu came to the launch of our campaign. He reminded me that many of the conflicts around the world are over limited resources. He said “Lewis, when we damage our environment, we create conditions ripe for conflict, but when we protect our environment, we bring peace.”

My first swim [shown above] was in the Mediterranean off Monaco. It’s one of the most overfished seas in the world. Over 90% of bottom living fish are now over exploited. And mid-water fish are in trouble too, with 70% being over-exploited. We are urging countries to set aside at least 10% of the oceans as a properly managed Marine Protected Area. Currently less than 3% of the world’s oceans are protected.

When you swim past a cruise ship – don’t delay… 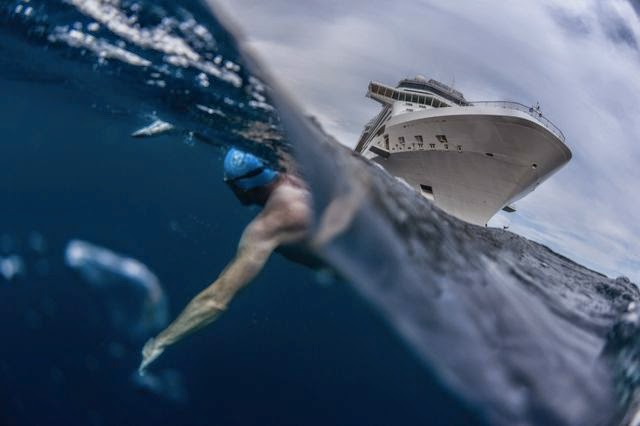 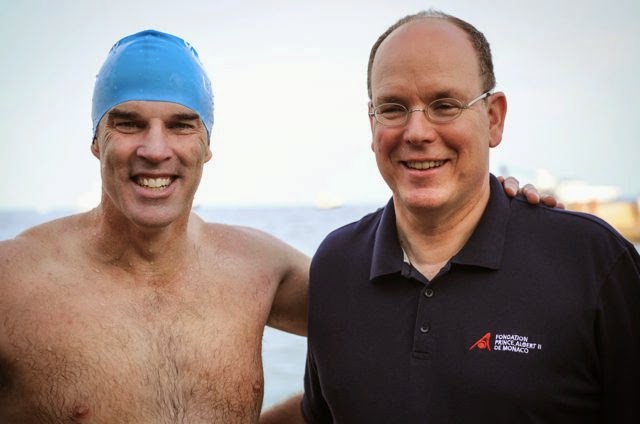 My second swim was in the Adriatic along the Dalmatian Coast. What stuck me was how few fish I saw. The biggest fish I saw were the size of my hand. It’s tragic. 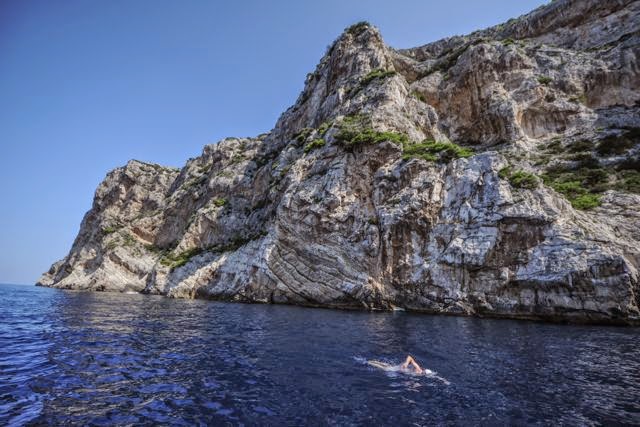 There are lots of fish farms along the Adriatic. I’m not convinced they’re the solution to food security. On the contrary, 1kg of farmed tuna requires 10kg of sardines / mackerel. The tuna are fattened up and flow off to the Far East. We are feeding the rich, not the hungry. 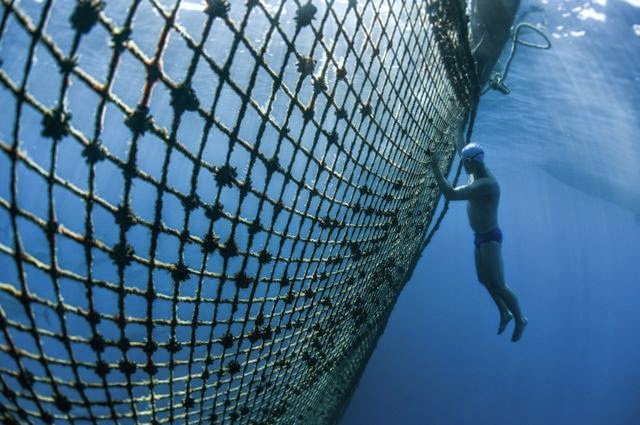 We’ve had a wonderful response everywhere. On Tuesday lots of children in Zadar, Croatia came to swim with us and share our message. 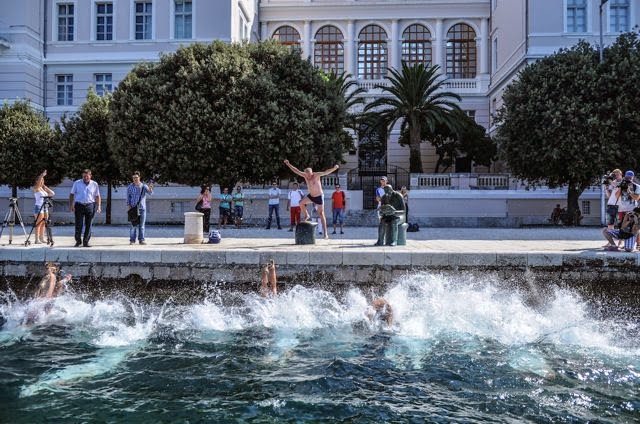 The message and campaign are focused on the creation of more Marine Protected Areas (national parks in the seas).

I’ve now completed the first two swims – in the Mediterranean and the Aegean. We’ve had lots of media coverage on the issues we are raising – the impact of overfishing, pollution and climate change on our seas. I have 5 more swims to go.

Today we arrived in the Aegean Sea.

Additional articles on the Seven Swims In The Seven Seas For 1 Reason are here: