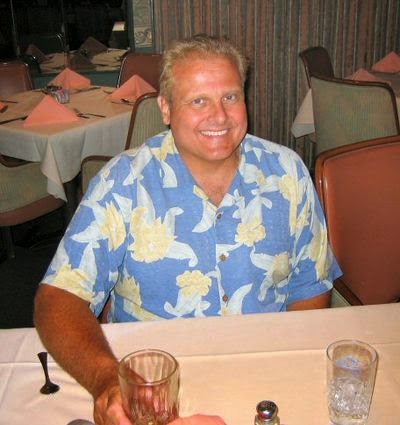 Jon Erikson, a maverick who led the way for the beginning of the sport of marathon swimming, passed away at the young age of 60. He passed away from an unknown cause in Florida. He leaves behind his wife Debra and two teenage boys, high school senior Trent and college sophomore Blake.

Due to Jon’s untimely and unexpected death both his sons are in need of financial assistance to continue their education. A memorial fund has been established to help fund their education. Any donations to the Jon Erikson Memorial Fund would be greatly appreciated.

Jon did not attend Hinsdale High School or swim for our Hinsdale Swim Club but he told me at his induction ceremony when he, Sandy Bucha and Bob Dudley were getting inducted that he wish he had the opportunity to move to Hinsdale but his family was not in a position to make such a move. He grew up in Chicago and starting at age 14 became a world recognized world record holder the same as Sandy Bucha and John Kinsella. It is amazing that all three of them swam marathon races at the same time and live in the Chicagoland area. I took it a photo of the three of them at the induction ceremony and have attached it with my email.

In truth I had never met Jon prior to my attending the induction ceremony, but was aware of his outstanding swimming career. I was impressed with him as being humble, caring individual, and unaffected with his success competing in 31 competitions including 11 swims across the English channel, one being the first swimmer to complete a triple English channel swim.

No one asked me to solicit donations for Jon’s boy’s education. I envision a member of our swimming fraternity in financial trouble and decided I had a responsibility to make a personal donation. Giving a donation in any amount speaks well of our own character to lend a helping hand to a family in need. Like too swimmers and coaches Jon spent too many years in a sport that was not financially rewarding to him or his family.

Our swimming community has lost a pioneer and maverick involved with our sport of swimming. He set high goals for himself and achieved them. I will forever remember Jon.

Other articles about Jon Erikson are here: