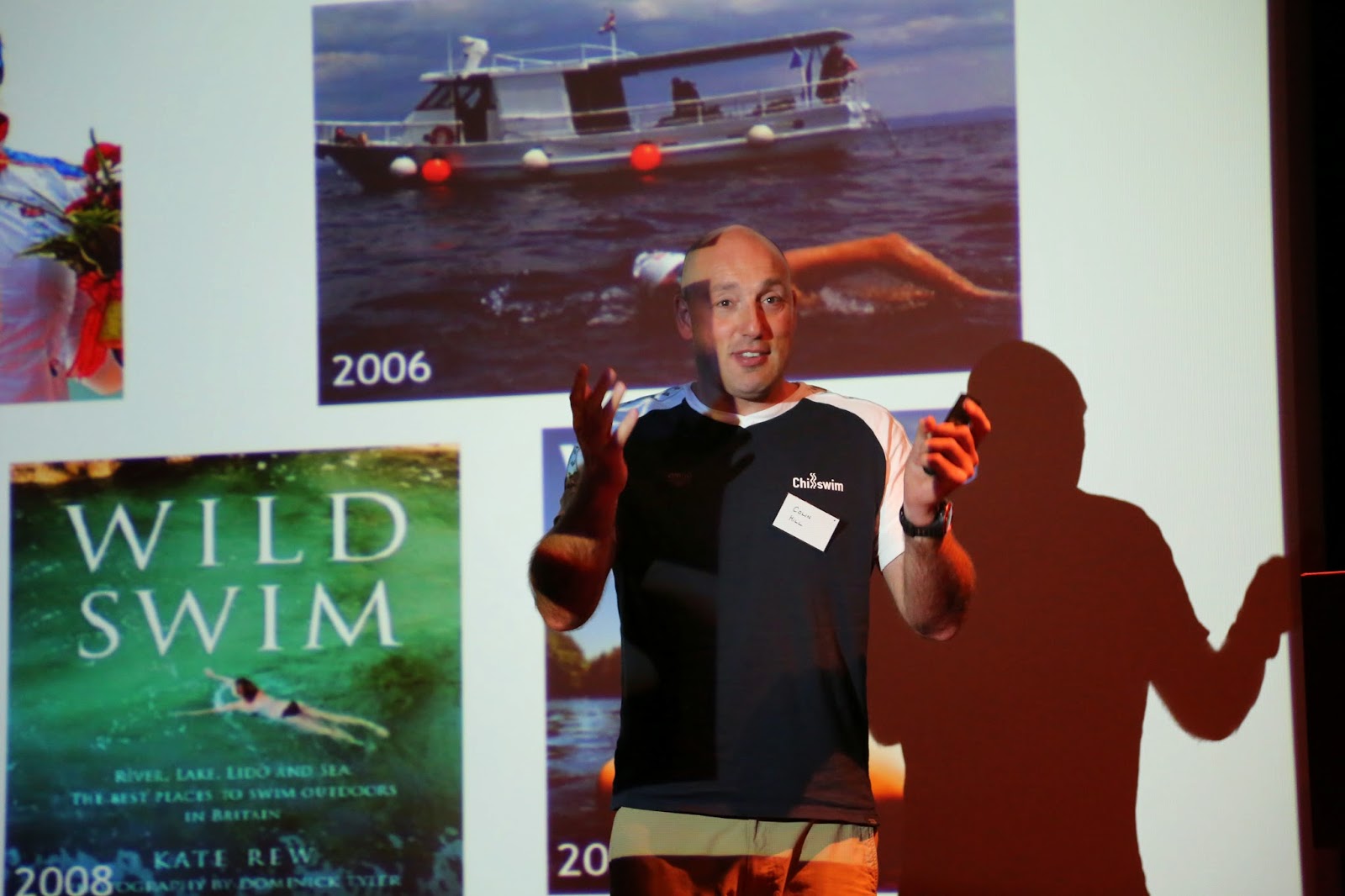 Photo courtesy of Ram Barkai shows Colin Hill at the 2014 Global Open Water Swimming Conference on the Isle of Bute where the British channel swimmer skillfully wove a story of how and why open water swimming is expanding throughout the United Kingdom.