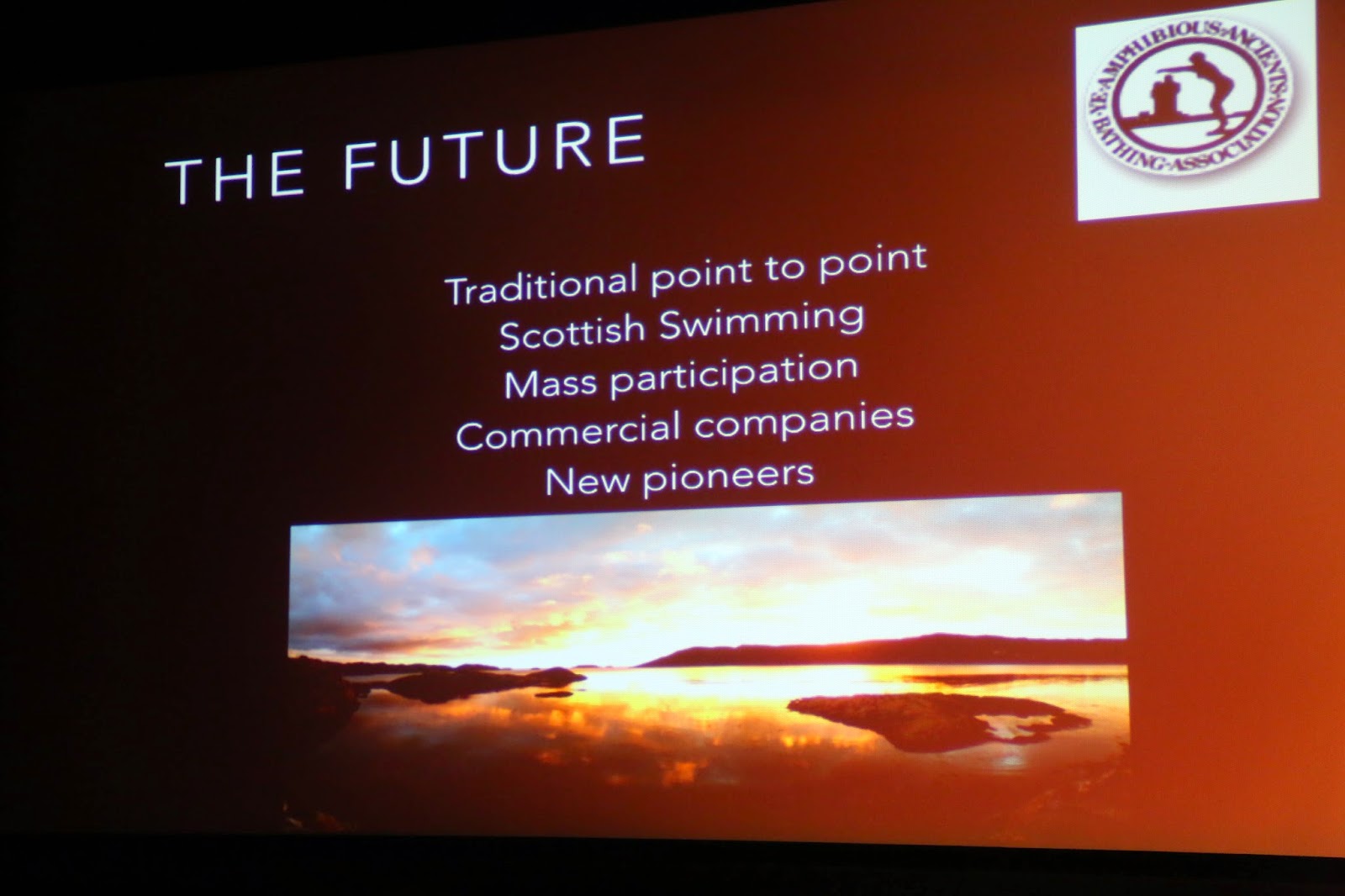 Colleen Blair kicked off the 2014 Global Open Water Swimming Conference on the Isle of Bute in Scotland with an explanation of the past, present and future of open water swimming in Scotland.

Her forecasts for the future were quite positive “Traditional point-to-point swims will continue, Scottish Swimming will get more involved, mass participation events will grow, commercial companies will continue to flourish, and there will continue to be new pioneers in the sport.”

In a country that just voted on its political future, Blair spoke about open water swimming’s heroes and heroines that ply along its 11,800 km of coast and 3,000 fresh water lochs where no one is ever more than 65 km from the sea.

“There were many inspirations. People like Ned Barnie who was the first Scottish swimmer who swam in the English Channel in 1950 and became the first male swimmer to complete the English Channel both ways. He was from Edinburgh where he continued to swim 2 miles in sea until his 80s. They called him the Old Man of the Sea who was also a coach and mentor.

Denis Sullivan was a swimmer, race organiser, boatman and a character. Denis did everything in the sport. Ian Reid is a mentor who has represented Scotland and Great Britain. Maggie Kidd was the first Scottish swimmer to cross the North Channel, Morag Hughes, Kevin Macintosh, and Shannon Blair.”