Skip to content
Previous Next
Conversing With Champions Of The Cold 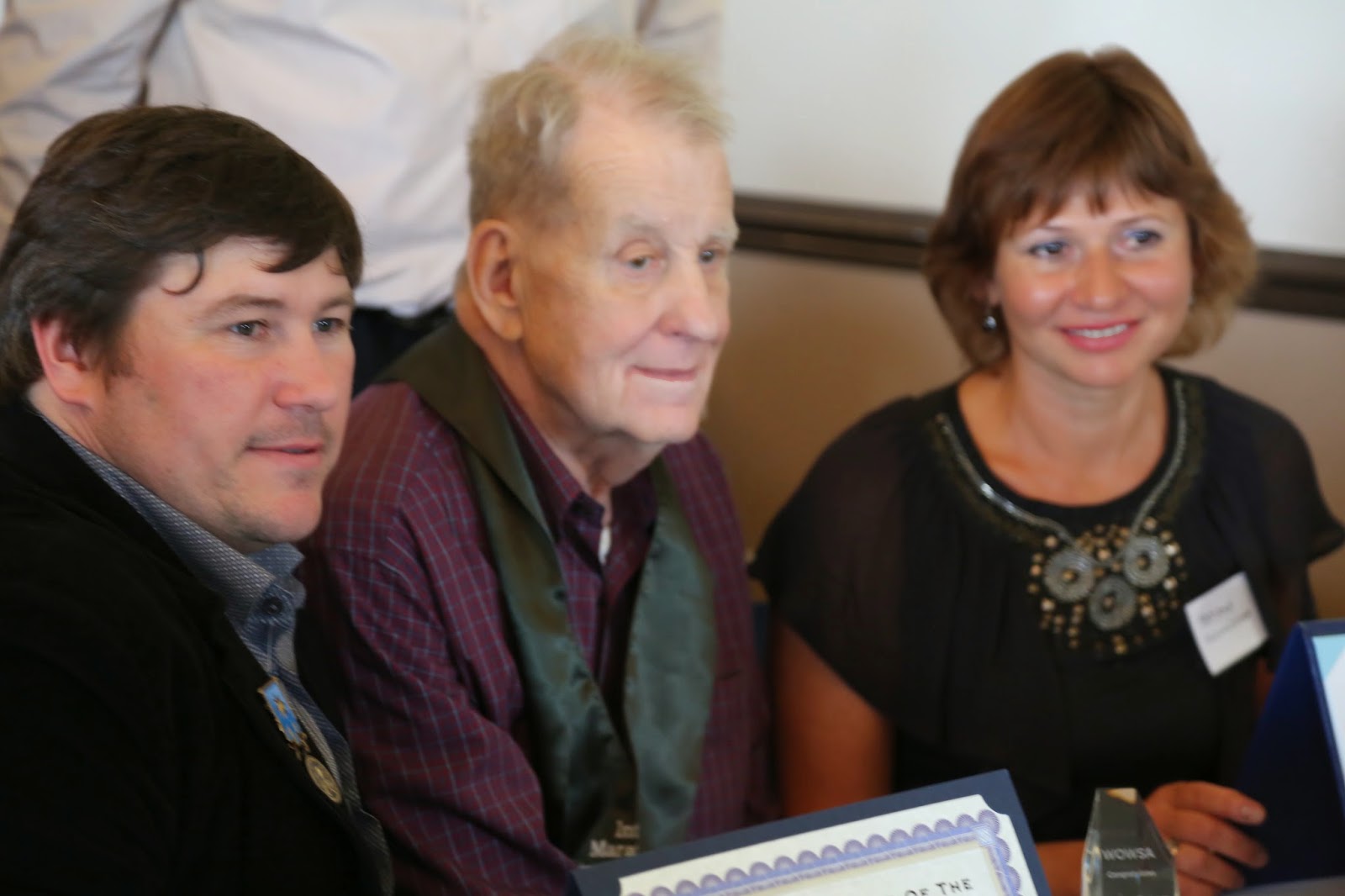 Photo courtesy of Ram Barkai shows Dale Petranech, inductee in the International Swimming Hall of Fame conversing with and congratulating Russians Alexandr Brylin (left) and Tatiana Alexandrova (right) at the 2014 WOWSA Awards on the Isle of Bute in Scotland where the members of the Bering Strait Swim were awarded the 2013 World Open Water Swimming Performance of the Year.