Skip to content
Previous Next
Scandal And/Or Tie? Athletes Move On 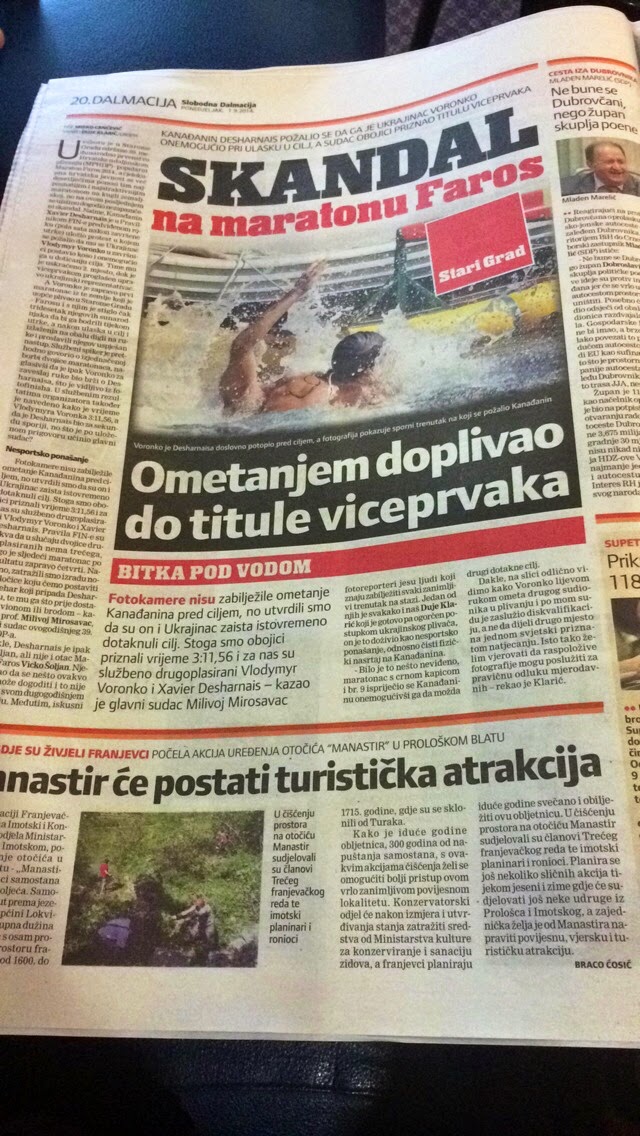 It is not often that newspapers describe scandals in open water swimming events, but when they do, it is big news. At least locally.

The newspaper covering the 39th 16 km Faros Maratón in Croatia published a lengthy article on the controversial second-place tie between Vlodymer Voronko of Ukraine and Xavier Desharnais of Canada.

Head referee Milovoj Mirasavac recalled in the article that the finish cameras did not record Desharnais touching before Voronko, but the judges determined that both he and his Ukrainian rival touched simultaneously.

But as the scandal remains a local topics, the athletes move on. This week to the 34 km Maratona del Golfo Capri-Napoli in Italy.

A video of the controversial finish is shown here.