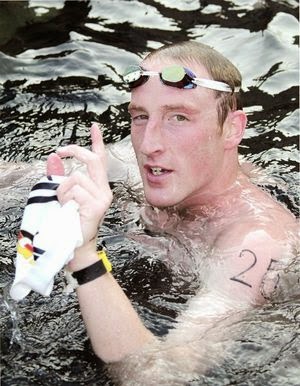 Swimming World Magazine annually gives its award to the Open Water Swimmers of the Year. Larisa Ilchenko was received the recognition three times while Thomas Lurz of Germany [shown on right] has won it five times.

Who will receive it this year?