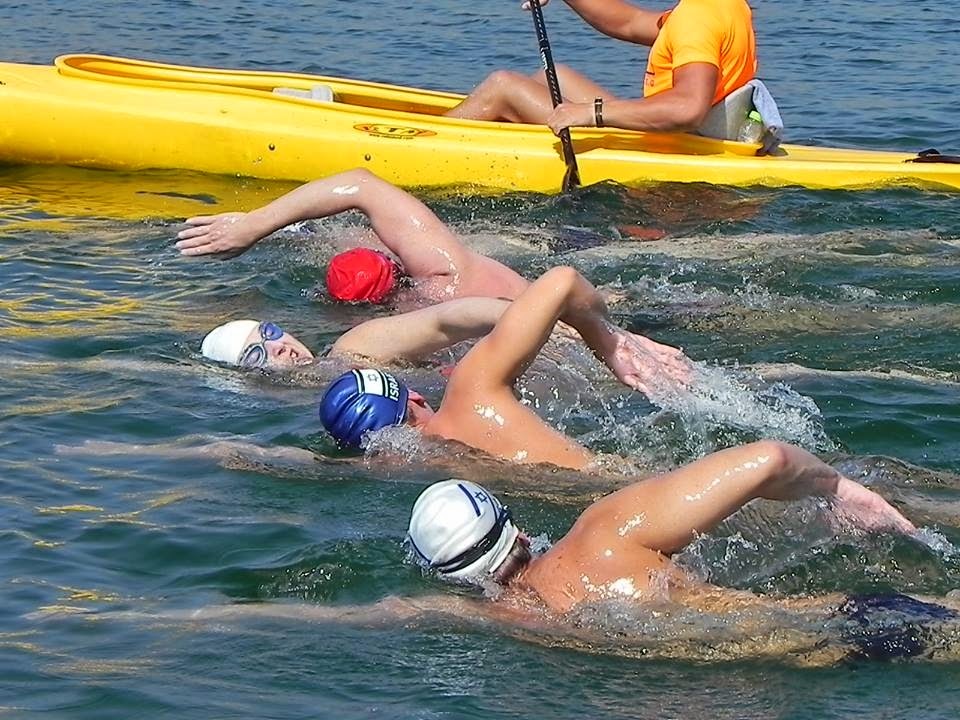 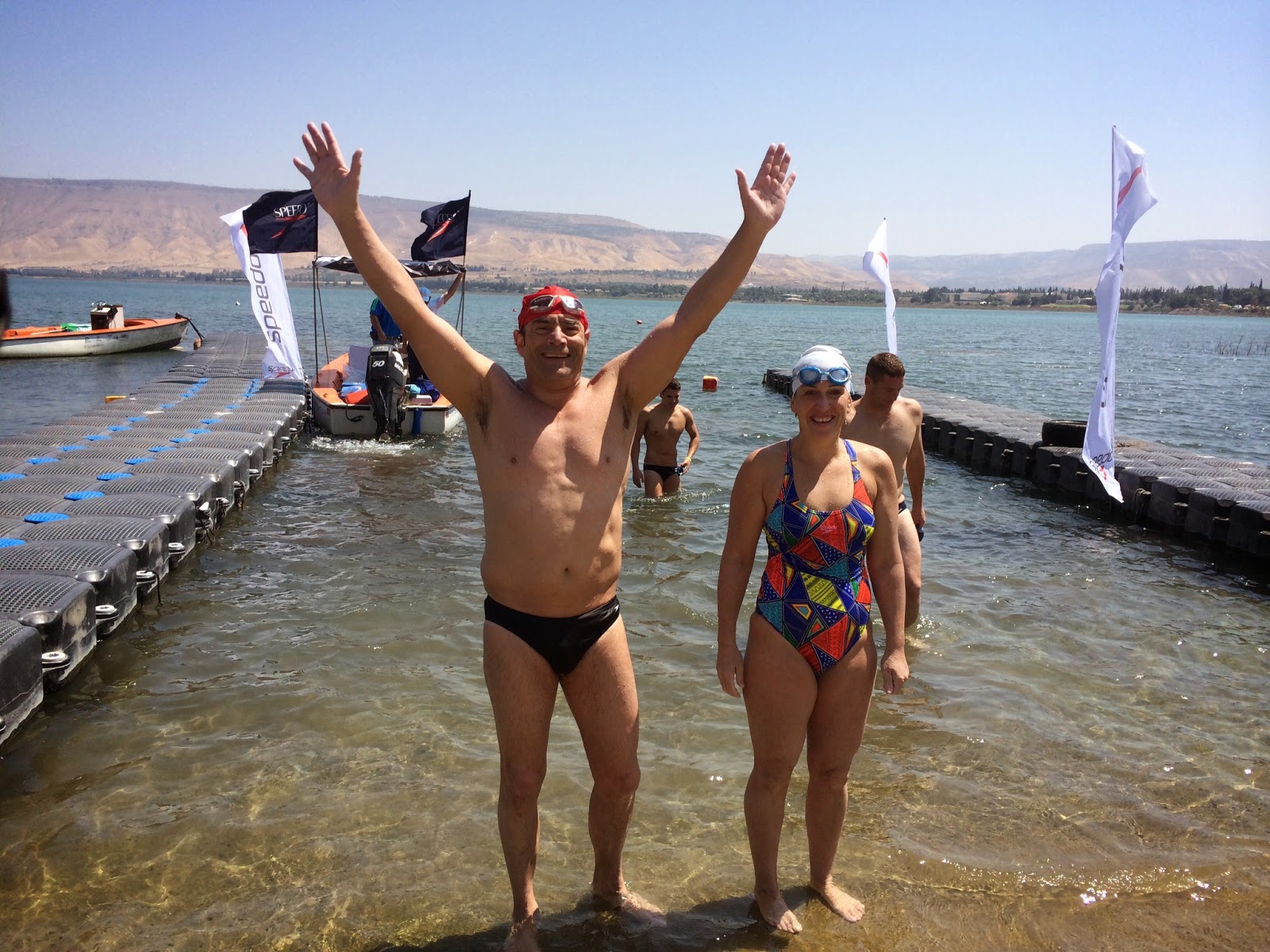 On September 4th, the King of Robben Island, Theodore Yach, and Avishug Turek became one of the handful of individuals in history who have successfully swum across the 22 km length of the Sea of Galilee.

“The swim was a solidarity swim for Israel,” explains Yach who normally challenges himself to cold-water swims in oceans and channels, not warm-water marathons.

“The swim was arranged by Ilan Ben Dror who is the sponsor and organizer of the September 20th Sea of Galilee mass participation swim that attracts 10,000 swimmers in its 61st year.”

In order to avoid the sizzling mid-day heat, Yach started his swim in the early morning at 4am. “The water temperature was 22ºC (71ºF) at the start and rose to 29ºC (84ºF) by 9 am when the air temp was 31ºC to (87ºF). With the freshwater dramatically reducing my buoyancy, the crossing was a pretty tough 8 hours 2 minutes.”

But like many of his fellow South African cold-water swimmers who tackle different swim around the world, Yach knew instinctively that he had to make adjustments. “I realized very quickly that if I tried swimming at my usual pace at these temperatures, I would not finish so slowed my stroke to compensate. This meant that I spent 4 hours swimming in the blazing sun and high humidity which took me completely out of my usual comfort zone of water temps around 13-14ºC (55ºF).”

Israeli marathon swimmer Avishug Turek swam with Yach in a tandem swim. Tamara Puterman swam with Yach and Turek for the first 10 kilometers and then jumped back into the water during the final 2 hours with several other Israeli masters swimmers. “I pushed through to the finish in a highly emotional swim. The support, as you can imagine under the circumstances, was huge and certainly justified my decision to take on this challenge.”

Other swimmers who have crossed the Sea of Galilee in the lengthwise direction include Bill Welzien (10 hours 25 minutes), Hadar Aviram (9 hours 30 minutes), and Salvatore Cimmino (17 km).

Upper photo shows Theodore Yach with the red swim cap on and Avishug Turek next to him. 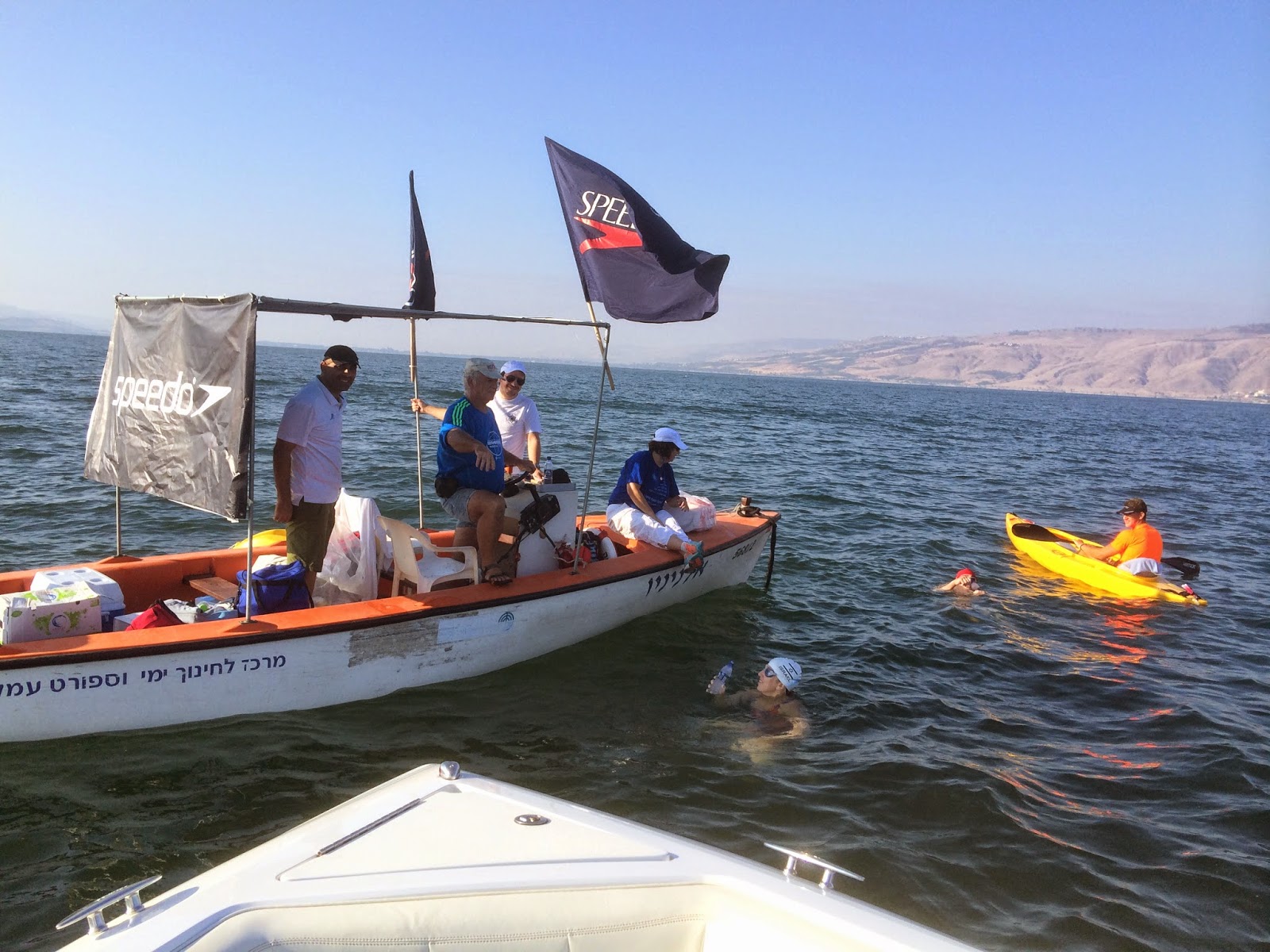 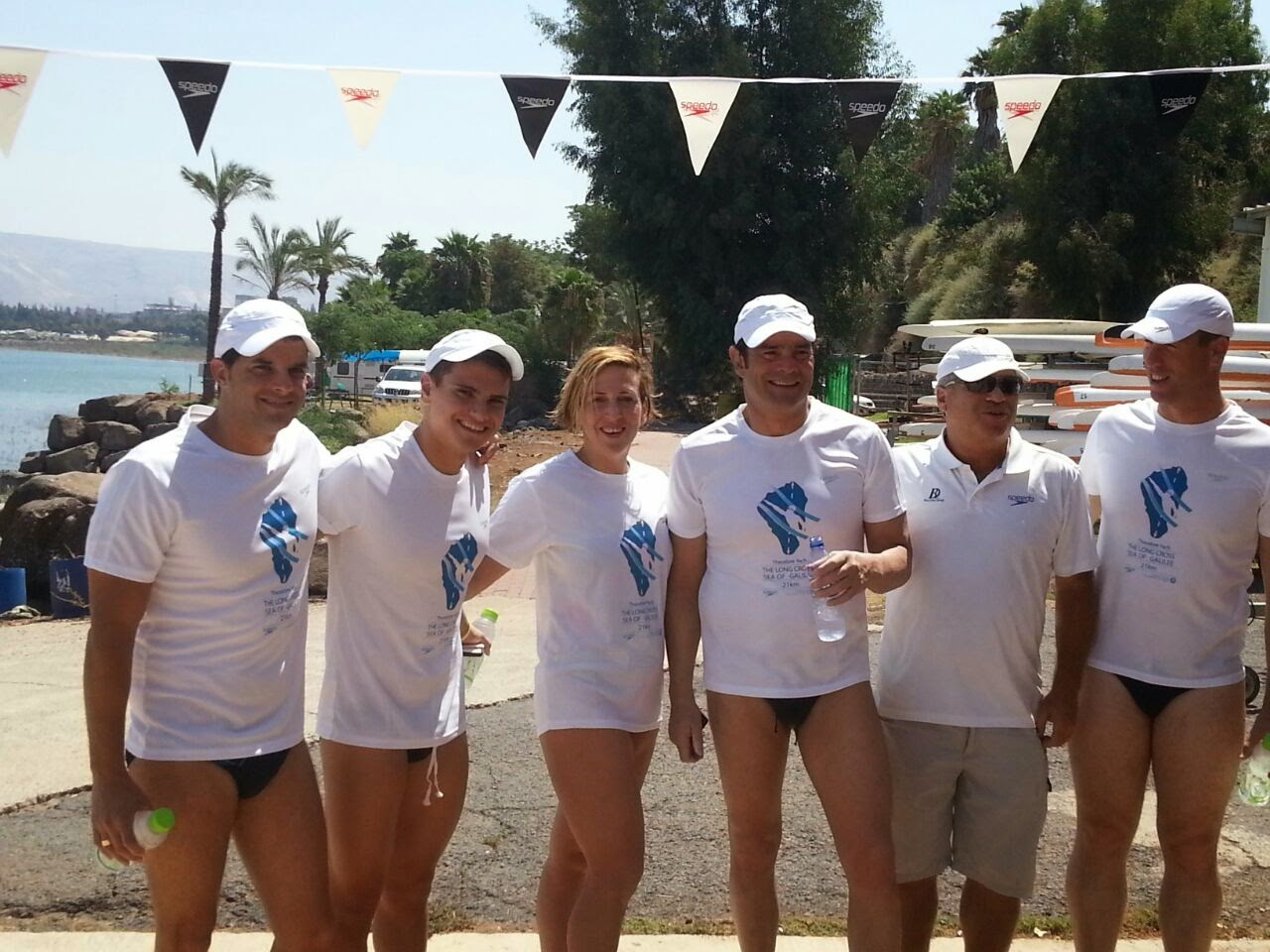