Skip to content
Vojislav Mijić Honored By His Friends And Peers 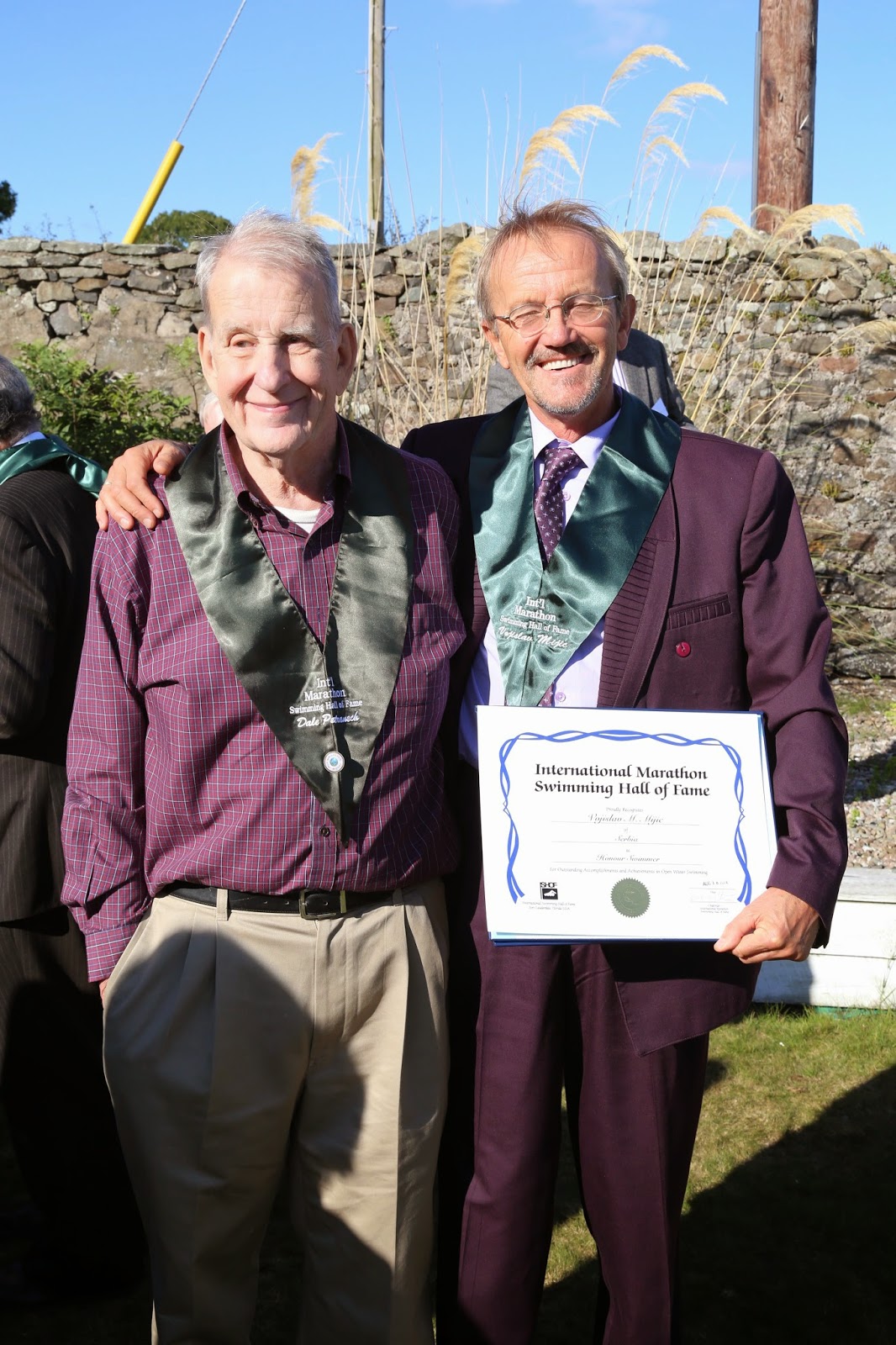 Serbia’sVojislav Mijić most graciously accepts the honors and accolades of his peers and friends in the global open water swimming world when he was inducted as an Honour Swimmer in the International Marathon Swimming Hall of Fame on the Isle of Bute in Scotland yesterday.

Mijić has spent four decades as a swimmer, promoter and race director sharing his passion and expertise in the open water with others.

Mijić, the Jarak-Šabac Marathon Swim (Plivački maraton Jarak-Šabac) and the Epiphany Swimming for the Holy Cross of Honour, an Epiphany swimming event in his native Šabac, is shown with Dale Petranech who was similarly honored by the International Swimming Hall of Fame last night.