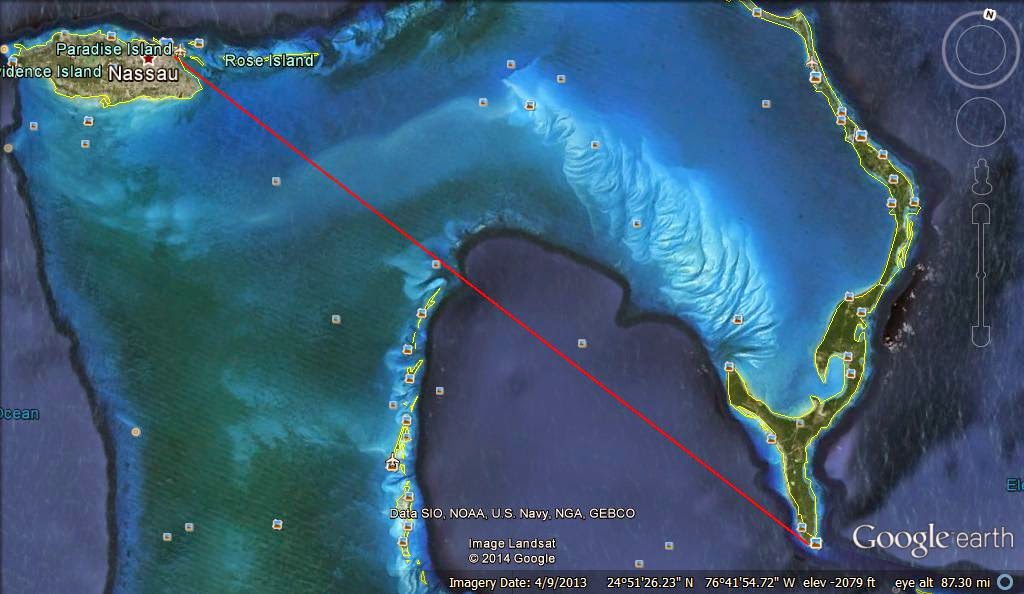 Australian marathon swimmer Chloë McCardel become the first person to swim 126 km unassisted in open water under Marathon Swimmers Federation rules. Taking 42 hours 30 minutes, the 29-year-old swam from Lighthouse Beach on the southern tip of Eleuthera Island in the Bahamas as planned on Monday, finishing on Nassau around 1 am local time on Wednesday morning.

With Dave Barra and Brianne Yeates onboard her escort boat, it is expected that the Marathon Swimmers Federation will ratify McCardel’s swim as history’s longest open water solo, continuous, unassisted marathon swim.

The 7-time English Channel swimmer arrived exhausted, greeted by a group of locals and media including Channel Seven Australia, her television media partner, and was escorted by husband Paul McQueeney and her support crew for a medical check-up. McQueeney, who traveled alongside her on the support boat and managed her feeding stops, said, “I know she will take some time to recover from this massive achievement which she has spent her entire swimming career preparing for. She is elated at successfully setting this record in this way, and is a very, very proud Australian.”